How to Stop Ghrelin, the Hunger Hormone 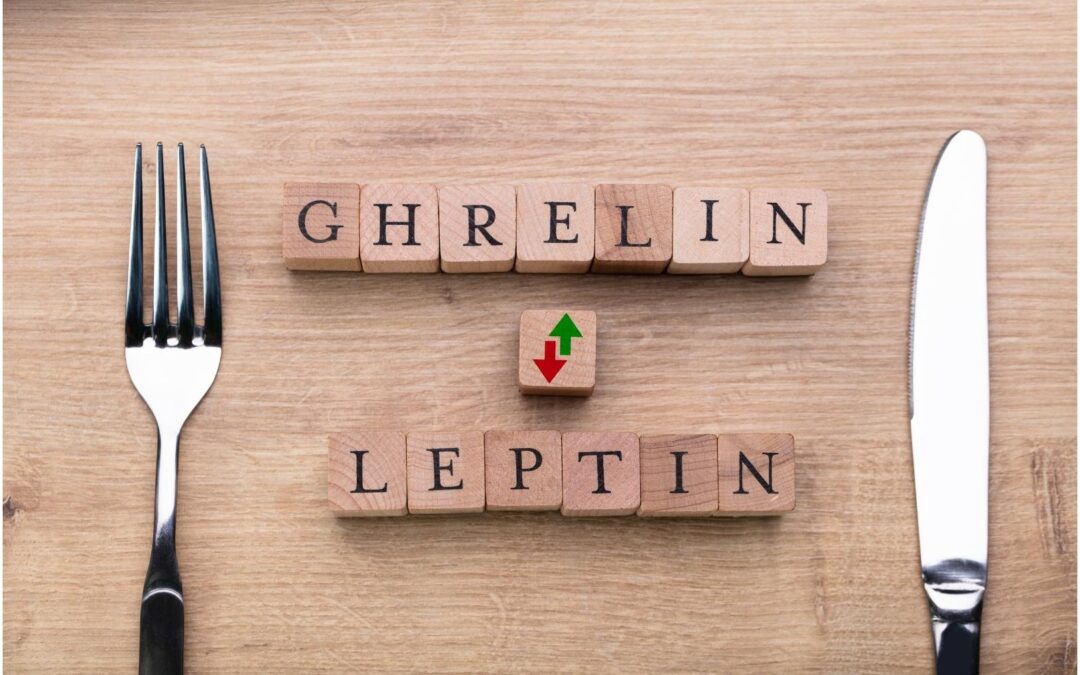 In this week’s blog, we will talk about ghrelin: the hunger hormone, a fascinating topic raised for me by Jenny Ruhl in the book “Diet 101”.
Multiple hormones change our perception of hunger and appetite. The stomach produces ghrelin. When the stomach is empty, it increases ghrelin production; when full it decreases ghrelin production. Meanwhile, fat cells (adipocytes) produce leptin. Leptin decreases your appetite; the more fat you have, the more leptin you make.

PYY (Peptide Y) is another set of dietary suppressant hormones; the small intestine produces it. Just like ghrelin, PYY is a hormone discovered a decade ago. There’s a lot of information that we still don’t know in this space of hormonal appetite control.

Ghrelin currently appears to be the key to hunger, at least as hormonal control goes. No other hormone is known to generate hunger as it does. An empty stomach secretes ghrelin, which makes sense.
As the hunger hormone ghrelin decreases, so do secretions within the stomach. It also makes sense; another function of ghrelin is to reduce inflammation of the gut lining because of the hyperplasia of the gut lining; it stops apoptosis (cell death) of the gut lining. In other words, it prepares that gut lining for food. It gives you what people call an” iron stomach,” you could eat anything. Finally, it seems to stimulate glucagon.

A challenge related to ghrelin is its relationship with insulin and diabetes research and treatment for the future; this leads us to diet and how it affects ghrelin production.
The inspiration for this topic was found in “Diet 101” by Jenny Ruhl. She does some excellent research. She found a study by Kasim-Karakas in the American Journal of Nutrition. That study showed the response of glucose, insulin, ghrelin, adrenal hormones, and androgens to a glucose challenge; in other words, a glucose tolerance test and compared that to a protein challenge or a protein tolerance test.

In the image below, look at the two lines for ghrelin; the solid line is the protein challenge test. The patients in this in this category were only given protein. They were not given glucose. At zero hour, the hunger hormone is still high. It drops dramatically between 1-2 hours, then it stabilizes.
In the glucose challenge, the participants were given glucose only. At one hour again, the ghrelin this time drops at two hours. Look at hours 3-4-5; the ghrelin starts going back up when the meal was glucose. 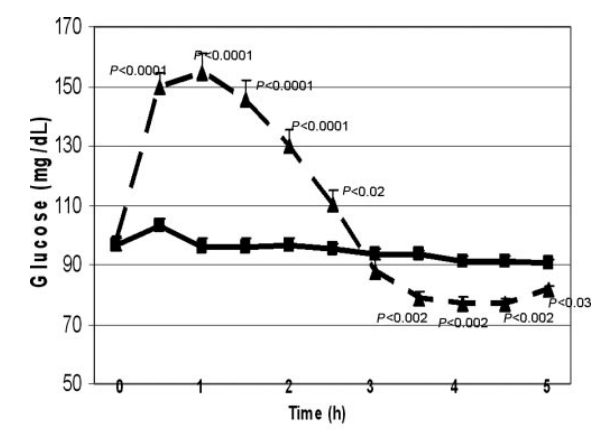 The implication is that glucose doesn’t hold. You get hungry two hours after a carbohydrate meal. You don’t get hungry after a low-carb protein meal.
Is that because the proteins kept your ghrelin from going back up, or is that because there was no glucose? This study doesn’t deal with that issue. It may imply useful information for high-protein versus low-protein meals.
The response of glucose might be obvious. The glucose went up with a glucose challenge. Blood glucose did not go up with the protein challenge. Look at the levels at 150; these were not people with normally functioning insulin mechanisms. If they were, they would have peaked right here at about 120 and gone back down. That is the definition of insulin resistance. These were patients with polycystic ovary syndrome (PCOS). By definition, they had insulin resistance.

Another advantage of low-carb meals is that you don’t get that blood glucose fluctuation. It is a particular advantage for anyone with insulin resistance and diabetes. You do get some change of insulin. Below you will see the insulin chart: insulin did fluctuate, but not as much as it did with the glucose challenge. 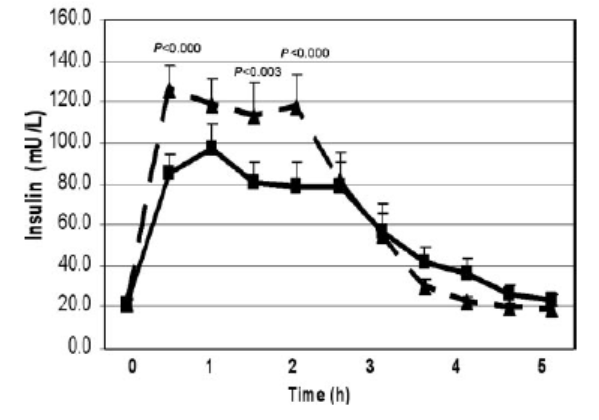 Another interesting point, maybe specifically for the polycystic ovary patients (PCOS) who have challenges with hormones. The overactivity makes androgen hormones of the ovaries and cortisol or adrenal hormones. Again, there is more fluctuation of those hormones with a glucose challenge.

Does this mean that low-carb meals have an advantage? I think it does.
What are the advantages? They will decrease fluctuation in blood glucose. It’s a far more significant advantage if you have insulin resistance or diabetes. If you usually have functioning insulin mechanisms, you’re going to peak at about 120 and come back down 80 to 90.
You’re going to be constantly going between 80 – 120. If you have insulin resistance, you can go up much higher. When your glucose drops from these higher values, is it experienced as a more significant drop in blood glucose? Many feel (& I agree) that a low-carb meal will keep you from experiencing larger swings in blood sugar. Does this really lead to decreased hunger with low-carb meals? There’s evidence that may be the case. I think there’s always more to learn, but some good evidence here. 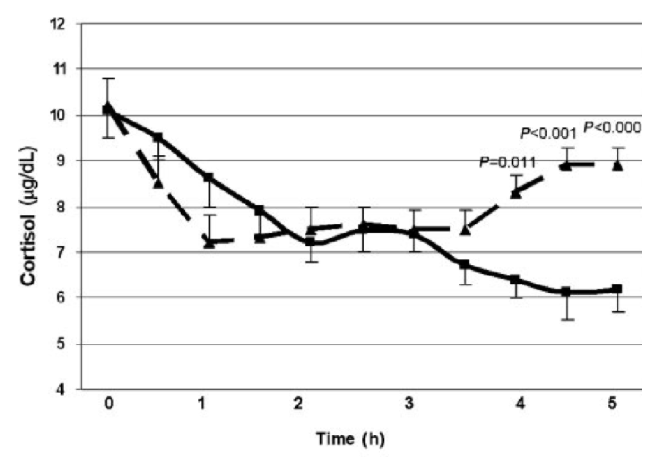 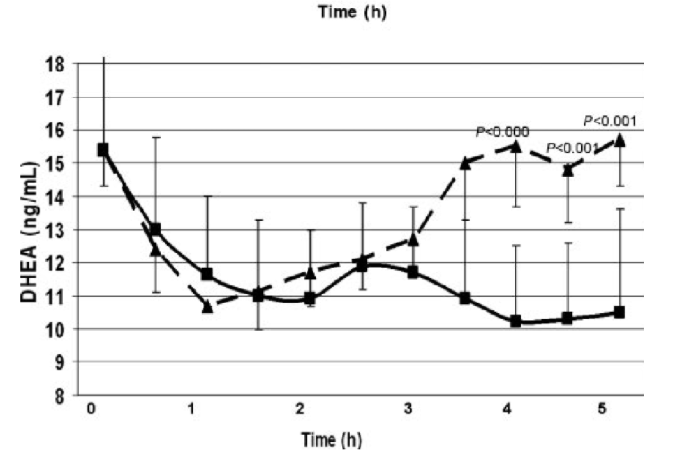 Does this mean that low-carb meals have an advantage? I think undoubtedly this is definitively the case.

What are the advantages? They will decrease fluctuation in blood glucose. It’s a far more significant advantage if you have insulin resistance or diabetes. If you usually have functioning insulin mechanisms, you’re going to peak at about 120 and come back down 80 to 90.

You’re going to be constantly going between 80 – 120. If you have insulin resistance,  you can go up much higher. The low-carb meal will keep you from doing that. The other takeaway is you’ll get decreased hunger with low-carb meals. There’s evidence that that may be the case. I think there’s always more to learn, but some good evidence here.