Aspirin & Omega-3: Are they worth it? 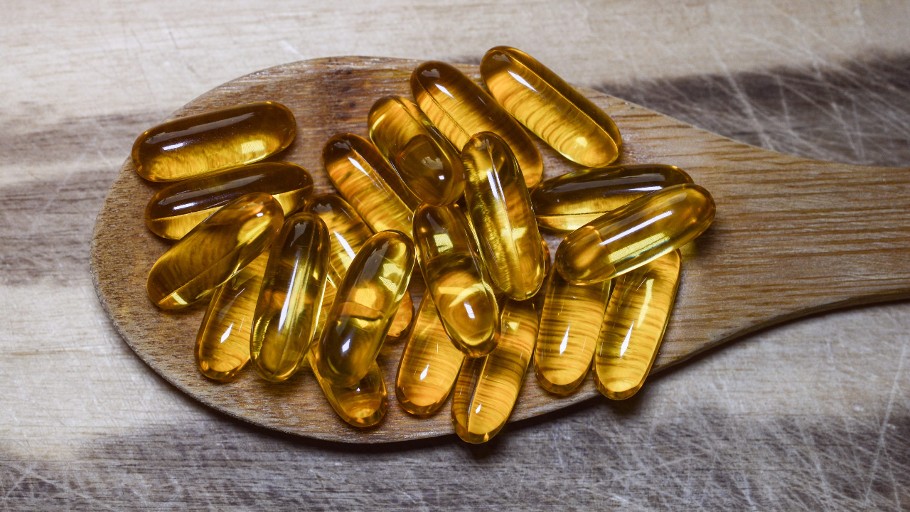 In this week’s blog we are reviewing two trials that highlight the impact of aspirin and omega-3 in cardiovascular prevention.

As we do, we’re going to need to visit personalized medicine. Recently, two studies have revealed vital information regarding aspirin and omega-3: the ASCEND and ASPREE trials. Let’s look at these studies.

Since these studies, you haven’t heard as many recommendations for aspirin from cardiologists or primary care doctors. The headlines misinterpreted them. Those headlines said the ASCEND and ASPREE trials indicated there is no place for baby aspirin. I saw a couple of YouTube videos where doctors were saying precisely that.

Is aspirin dead? No, my bottom line on both of these is there are times when you want to take them.

In the ASCEND trial, aspirin did effectively decrease cardiovascular events. Yes, there were adverse effects. There always have been. And they are not pretty. The most common was gastrointestinal (GI) bleeding. This negative effect has not changed. They were always there. So were occasional strokes of the bleeding variety. GI bleeds sound awful, & bleeding strokes sound worse. They are. But on the other side of this question, you have heart attacks & strokes of the clotting variety. With the typical GI bleed, you can even go to the hospital for a few days. More often, these don’t require hospital care.
A stroke or heart attack it’s permanent; even the authors of the study acknowledged that the vast majority of the adverse effects were short-term GI bleeds. It is crucial to make one thing clear from this point: aspirin did effectively prevent cardiovascular events.
So why did they recommend not using aspirin? They said there was typically a lower risk of heart attacks & strokes. That’s true – for the typical primary prevention patient.

There are several other aspects to consider. When using aspirin in the ASCEND trial and in the ASPREE trial, too, they overestimated the risk of the populations for both of these studies. They wanted to use moderate risk populations. With ASCEND, they used patients that had type 2 diabetes but no other risk. That was their goal. But no additional risk for heart attack and stroke.

They grossly overestimated the cardiovascular event rate. The studies included 40-year-olds. Forty-year-olds, even if diabetic, have low immediate rates of CV events.

There was another thing lowering the inherent risk of the population. It looks like overall CV risk is declining, even in older people. And that is a good thing. Are we really getting healthier even in our older populations? Believe it or not, the answer is yes. Why do you think people are living longer? Why do you think the largest growing demographic is old age? We’re preventing heart attacks and strokes and getting people through those challenging decades. They are the 50s-60s, and 70s.

We are getting healthier. And it is impressive, given that we are in the middle of an obesity and diabetes epidemic.
I know I’m going to get a lot of haters on this comment, but I think it’s from the treatment. There’s better blood pressure treatment available. There are better statins and other preventive therapies.

Are aspirin and even omega-3 getting washed out in terms of their benefit-risk ratio because of a healthier older population? With aspirin, we always had better information regarding secondary prevention.

Primary prevention is preventing disease before it happens. An example is a vaccine. (Pardon me for bringing up a politically charged topic – vaccines.) The measles vaccine has no use in patients who already have measles.

Aspirin has shown promising results in secondary prevention; this is a critical point in the ASCEND trials. I learned this from an old mentor and friend, Brad Bale. His quote” is if you have plaque, you have cardiovascular disease. You need aspirin”.

I would add to the quote something he said quite often, “plaque is asymptomatic.” We are recommending aspirin anyway. We recommend it not based on the standards-based on age and risk factors. The standards don’t look for plaque.

The other thing about the ASCEND trial -they were looking for type 2 diabetic patients without any risk factors. The subjects started as low as 40 years old. Whether you have plaque or not, you are less likely to have a cardiovascular event in your 40s.

There’s no surprise when you think about just that one aspect of the ASCEND trial that there were fewer events in terms of the benefit side of the equation.

Let’s know whether this is secondary prevention or primary prevention. I had a patient who had a very frustrating event. The patient had done well with his prevention techniques. Yet there appeared to be some increase in his arterial age. We used CIMT to determine arterial age.

We must acknowledge that we don’t know one thing. We do know there were very few events. Another thing we know is that the aspirin did prevent events. The question was whether the benefit was worth the risk. It’s one of the more significant challenges of interpreting the ASCEND study.
I’d love to see the ASCEND study reanalyzed for 50 or 55 and older. However, I don’t expect it to happen.

There was another confusing point. It’s worth being of another practical consideration: intent to treat.
With “intent to treat” trials, once randomized, always analyzed. If someone participates in the study but decides several weeks later not to continue with it, the patients get excluded from the analysis in most past studies. The new trend “with intent to treat” you don’t drop them from the research; you include them.

Why is that good? The reason researchers are going more towards” intent to treat “trials is because it’s a practical way of looking at this. You’re not looking at who completed the treatment, but anyone you intended to treat, who you recommended therapy.

These studies have the goal in design to say, “should you recommend treatment.” The answer is: that it depends on whether this treatment is impacted by whether or not people continue to complete the treatment.

It may seem a little bit confusing. If you’re going to have surgery, either you do or don’t. With something like aspirin, it’s a bigger deal. You may start saying I’m going to take aspirin- but are you taking a baby aspirin every day for 20 years?

Aspirin’s one thing to take for a couple of decades every day. But with aspirin itself, there’s a bigger question behind this. It has to do with a temporary rebound effect.

I haven’t seen a lot of information on an actual rebound effect with aspirin. Some reasonably light research indicates that if you skip aspirin for a few days, you may increase your clotting mechanism during that period temporarily.

If that’s true, and I’m not saying it is, committing partially to taking aspirin every day for decades may not be good unless you’re taking it every day. If you go through peak and trough periods, if you’re taking it for three days and then stopping it for four each week, you may be increasing your blood’s tendency to clot during those four days.

One of the practical applications for us is, if you decide you’re going to commit to aspirin, truly commit to it and do it every day.

Let’s talk about omega 3s. There was a sub-study nested within the ASCEND trial. What does that mean- a sub-study? It used the basic recruitment activities, ethics review activities, and the primary staff. It paid a little bit more for maybe extra staff and did a study on something else while they were there working with the same population. Something else was omega-3.

We need to highlight two issues: They used one gram versus 3-4 four grams. All of the recent data indicates you need 3-4 grams. There was little to no clarification regarding EPA or DHA -the components of omega-3s: this is why you’re not seeing a lot of uptake on the omega-3 story.

What about the REDUCE-IT trial? Are you going to take a pharma press release when they’ve tripled their stock price for Ameren pharmaceuticals as your decision whether to take a supplement or not? Let’s wait a while to see the real story.
I think many of us do suspect there is an actual signal. When people talk about research- what is this signal? A signal is something that’s coming out that gets your attention. Is it the be-all and end-all? Is it factual? Let’s go back and summarize.
Here’s what I do: I give patients the facts and advice, not paternalistic orders. If you want paternalistic orders, if you want me to speak in these videos/blogs as if I know stuff that’s not known yet or that I don’t know, these are probably not the best blogs for you.
Some of my viewers have requested me to bottom-line it. Just tell me what to do. The blogs explore the facts and allow you to make your own choices about what to do personally.

After I advise my patient after informing viewers about the science, the question comes up “well, Doc, that’s beneficial information, but what do you do regarding aspirin”? I don’t take it anymore. I did take it up until I confirmed that I had atrial fib. Once you have atrial fib, aspirin is not adequate to protect against the increased risk for stroke.

You need to take one of the new oral anticoagulants. I do take Eliquis. If I didn’t have atrial fib, would I take aspirin? I do have plaque, and I’m not 40 years old anymore.

How about omega-3s? I eat lots of salmon. I eat lots of avocados. I used to eat walnuts and almonds until one of my family members demonstrated a significant tree nut allergy, so we don’t keep them around anymore.
Are we are getting whipsawed: take aspirin, take omega threes- no, don’t take them.

Many people understand that signals are just signals. One study is not conclusive. We still have to make decisions based on what we know now. It may change, but it’s reality; it’s not that simple.