The Demonization of Statins 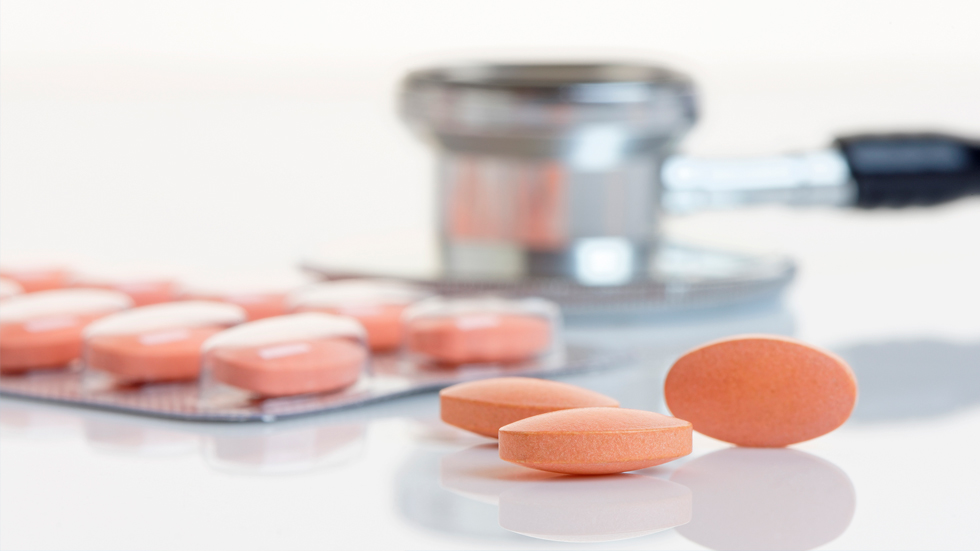 Statins are something that a lot of people love to hate.

I got involved in a video several years ago which inspired this blog on statins because of a fellow named Daniel Trevor.

A lot of what Dr. Diamond focuses on is what he perceives to be misunderstanding of relative versus absolute risk. If you see the video, Dr David Diamond and I agree on almost every point until the end. A lot of that is based on what we at Hopkins used to call “denominator medicine”.

The real crux of the issue, Big Pharma, as David Diamond would say, just gets everyone to less than 70 LDL, and their age is over 50 or 60. Dr Diamond and I both agree- you do not save a lot of people doing that.

Sometimes in my practice over half of the people that I recommend statins for did not want to take them. It is not standard practice to focus on insulin resistance and pre-diabetes as the cause of heart attack and stroke, and to ignore and downplay the role of LDL” bad cholesterol” and discourage the use of Framingham and cardiac cath stress tests to evaluate heart attack and stroke.

Dr Diamond quotes Paul Ridker, it was clear why he would do it. Paul Ridker was one of the first people that said, “you know, it’s probably not LDL”.

In fact, he and his friend at Harvard, Gavin Blake, began looking at studies like WESCOT- the West of Scotland trials.

They noticed that prevention of heart attacks did not seem to have much to do with LDL. They postulate maybe there is something else. maybe inflammation: and they were correct over 20 years ago. At this point it has become crystal clear that statins do have an impact on inflammation. Low doses tend to have a significant impact on decreasing cardiovascular inflammation.

The statin that is one of the least helpful at doing this is also the most popular statin- atorvastatin or Lipitor. Two of the best statins are also two of the gentlest, especially in low doses: Rosuvastatin (or Crestor generic) in low doses (5 mg/day or less), and Pitavastatin or Livalo.

You can get Pitavastatin generically; it is still expensive in the US. However, you can get it for about $1 per day or less through Canada online pharmacy.

The real impact of LDL

The following graph shows the differences between LDL and HDL as a risk of heart attack and stroke, the 10-year risk for a coronary heart disease event. The front part of that little box is LDL and it shows risk; the relative risk between an LDL of 100 and an LDL of 220- it just barely goes up, that gives perspective on why I always say LDL matters, but not very much. 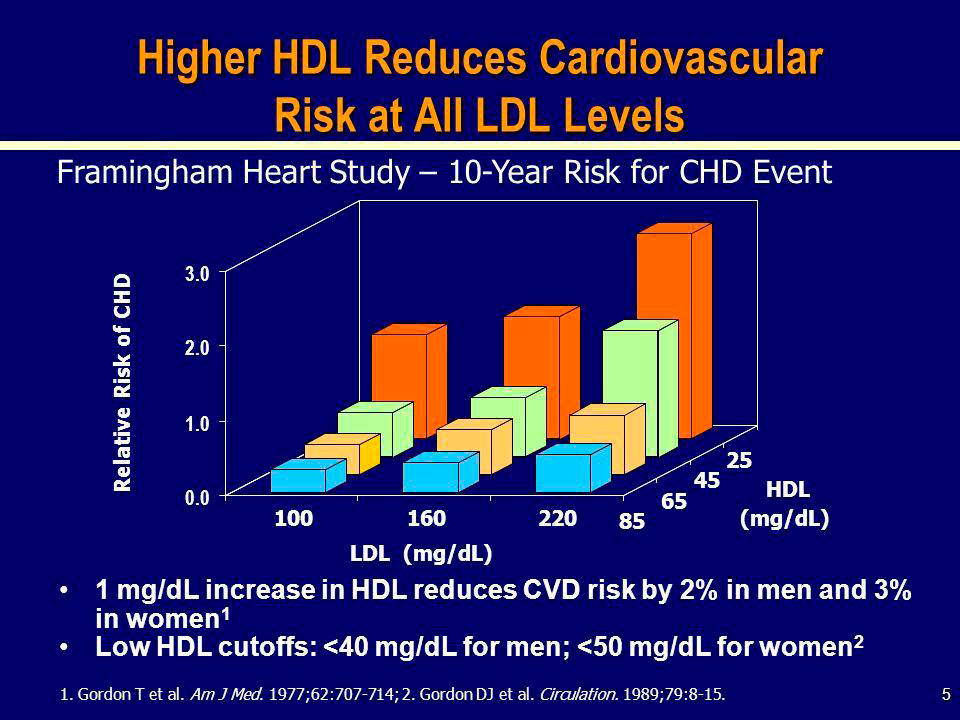 We know carbohydrates cause significant variation in HDL. Whether or not you have pre-diabetes, whether you have a carb-driven metabolism, if you are eating a lot of carbohydrates, insulin resistance happens.

This is true especially with large HDLs, instead of carrying so much cholesterol, they start carrying more fatty acids. Then the fatty acid laden HDLs begin passing through the liver. The liver metabolizes them, it burns them up. You lose the large HDL. You lose major chunks of your HDL.

The best and most reliable way to increase your HDL is to stop eating carbohydrates.

Big Pharma and the Risk of Cardiovascular events.

You know that Big Pharma is led by human beings, and human beings tend to try to make money. This means they get caught up in conflicts of interest. When David Diamond was talking about this stuff, he gave one of my favorite quotes. He said there are three kinds of lies: “Lies, damn lies, and statistics”. He credited the quote to Benjamin Disraeli.

Dr Diamond then goes back to the Jupiter study. He confuses the denominators of patients at risk. He says Big Pharma & medical researchers are quoting those at risk as a smaller pool of people (only those with specific risks other than age). He states it’s offensive to him to use that smaller denominator, stating that Big Pharma snuck this in on the doctors.

And they want every advantage they can get in preventing a heart attack.

Dr. Diamond goes on to say: “If you treat a hundred people, the way Pharma would recommend, you are only going to save one person. So, it is more like a 1% improvement”; that is the absolute risk.

Then they are saying: “If you already have the disease, you save half of those folks.” In other words, two people out of the hundred have a disease; if you give it to all 100, you are going to save one person. And saying that you save half of the sick people, therefore 50% is a bit of an oversimplification.

The key point here is what we used to call at Hopkins “Denominator Medicine”. We are getting confused about the denominator.

By looking at the key findings from the Cafe Des Caves study, we identify that one of the three best findings if you have plaque is the coronary calcium score or CIMT.

This study was done using CIMT and is the landmark study in the field. Here is what they found:

Those last people were at significant risk.  There is one thing that you should notice: The value of CIMT. These two bands would not be picked up on your typical stress test because they are not obstructing flow. But if you have significant plaque on a CIMT, and it is not impeding the flow, you still have a 40% probability of having an event.

The real question is: Which group needs to be treated?

Diamond puts it this way – the pro-pharma would say “since everybody has some level of risk, give everybody statins”. What you will get is when you get these people, you will save them, or you will cut the risk in half for those people.

David Diamond would say “that is not true, that is giving it to too many people, give it to nobody”. Therefore, nobody is helped.

I say something slightly different:  “Clearly these folks, the 80%, we know you’ve got an 80% probability of having a heart attack over the next 10 years. Wouldn’t you like to cut that down to half”?

This is where the CIMT is involved. If you have enough plaque, you have a 40% probability. Wouldn’t you like to cut that down to 20%? That is the whole issue.

I would agree that most statin scripts could be labeled as worse than useless. They do more harm than good. They can be a distraction from the real issue: lifestyle versus medications. Medications are not the way out of heart attack and stroke risk. Lifestyle is.

The reason I say most of the prescriptions are worse than useless, is that most are prescribed on LDL level and/ or age using something like Framingham. They do not use documentation of plaque.

The Problem with the Framingham Risk Score

Framingham is not a measurement. It is a guess. I am not the only person who believes this. Paul Ridker, researchers at Harvard, researchers at Mayo- all the leading cardiovascular researchers ve said the same thing.

Framingham Risk Calculator estimates the risk too high. The estimate is double the actual risk, especially for women. It is not quite so bad with men. But it is not a great guess.

What do they do with that risk estimator? They say ” Are you male? Are you female? Do you smoke? What is your age? what was your LDL?”; then they come up with an estimate of your risk.

The most recent data on the Framingham Risk Estimator is at least 10 years old. But here is what is happening- we are getting huge improvements in heart attack and stroke risk; that is except for what is going on with the obesity epidemic, and the aging epidemic. Old data shows you higher risks. That is why we can say that Framingham is not a good measurement. It is a bad guess. It is based on some of the best data available. It is just old.

Your next question would be: “Why don’t you use newer data”? There is no newer data. The way this data is developed, it takes years to incorporate it. So, it is always going to be lagging.

If the usual practice in the community is that your doc is prescribing statins based on Framingham, you are likely to be using a statin when you do not need it.

Once again, it is cardiovascular inflammation, not LDL. A low dose of statins should be recommended. And that is only for people with existing or proven plaque.

Carbohydrates are the problem.

One more topic: Dr. Diamond said, ” the real demon here is carbohydrates, not fat”. I agree with him 100%. Getting carbohydrates out of your diet is more important than taking a statin. Also decreasing body fat is more important than taking a statin. Body fat is not just an inert energy storage tissue. It is an endocrine tissue. It secretes cytokines and some ugly things that cause this problem.

Familial hypercholesterolemia (FH). As you can imagine, I get a lot of patients with it. The reality is that in your typical FH patient, LDL is not a big deal. If you have ever had an LDL cholesterol of 180 or more, you have a very good chance of having FH.

Most of my patients with FH, still do not have significant problems until they get into their 50s or 60s. That is when they start getting insulin. It becomes a cardiovascular risk. It is very much a multi-factorial risk issue.  The two biggest ones are smoking, insulin resistance, diabetes, and pre-diabetes.

One in 200 people have familial hypercholesterolemia. That is what we call heterozygous. That means you just got one copy of it from one of your parents. It gets a little bit more complicated. Than heterozygous and homozygous. Homozygous can have heart attacks in their 20s and even teens. But that is very unusual.

There is clear evidence of the utility of statins when prescribed to the people that will benefit from it, identifying the existence of plaque with CIMT to determine the risk is a key component. And remember that lifestyle modifications play a more decisive role than any medication.