How to Reverse 20 Years of Arterial Plaque 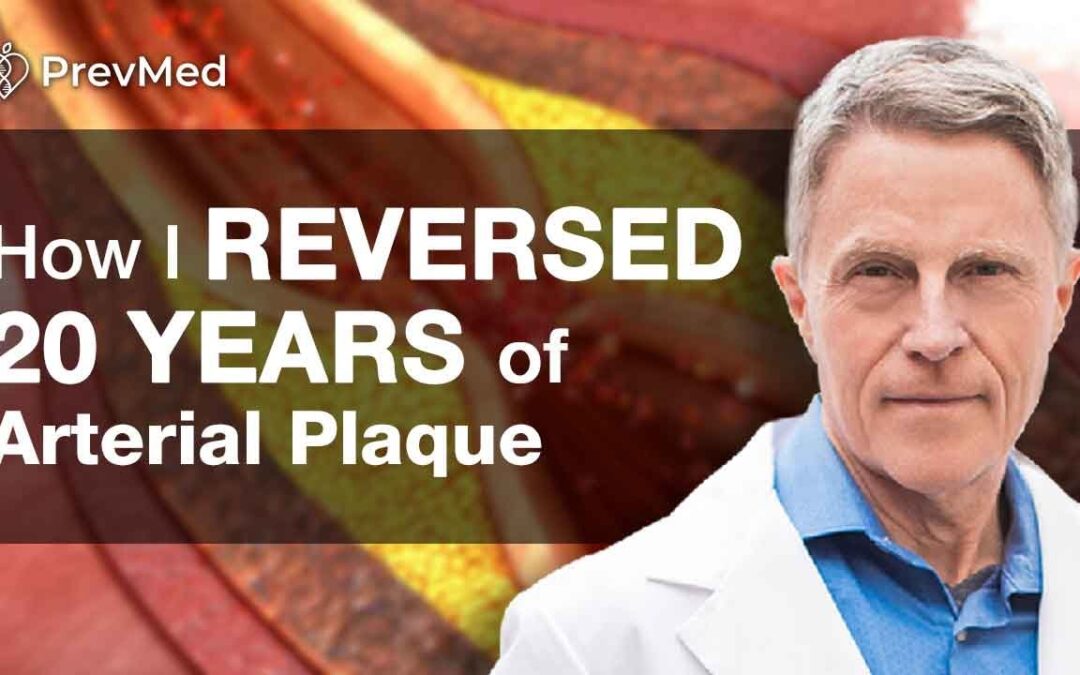 When it comes to a healthy lifestyle, I am your typical poster boy.

I started my career as an ER doctor in my early 20s. That time, I experienced frustration from seeing too many cases of early heart attacks. So I went to John Hopkins in order to study preventive medicine. I loved it, and I did well; I even ended up running the preventive medicine program there. Many past presidents of the American College of Preventive Medicine went under my tutelage.

Moreover, I practiced a good lifestyle, performed regular exercises, and observed a good diet. I was following the recommended plant-based diet for years, which is the standard during those times.

All these things, however, didn’t ensure crystal-clear arteries for me.

After I went through a CIMT (Carotid Intima-Media Thickness) test in February 2015, I got an unexpected surprise—I got plaques here and there, in different parts of my body. I was 57 then, but according to my CIMT result, my arterial age is roughly 73 years old!

You can check out my nomograms in this video.

To understand plaque, you need to understand the artery first. The two layers that must be looked at are: 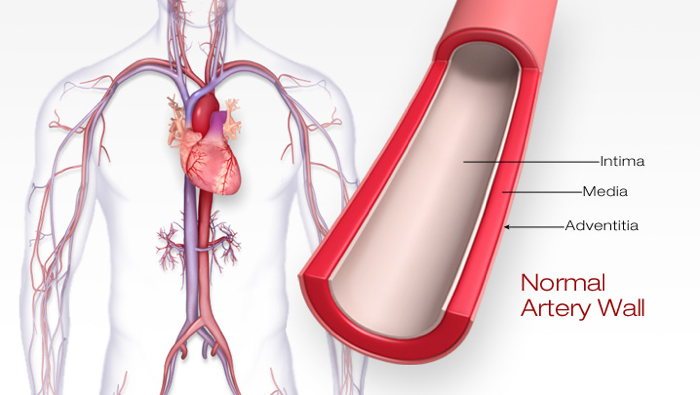 Normally, LDL particles can go through the intima. When they do, they can go straight through the media layer. Everything stuck between these two layers can form plaque, composed mainly of LDL, low-density lipoprotein, more popularly (albeit, erroneously) referred to as the “bad cholesterol.”

LDL is just one type of vehicle that carries cholesterol inside the body. The other popular vehicle is HDL, high-density lipoprotein, the “good cholesterol.”

Then, there’s IMT, short for “intima-media thickness.” As depicted, IMT is the thickness between the intima and media layers. This is what is being measured in a carotid IMT (CIMT) test.

Plaque tends to build up over time. That’s why plaque (and in many instances, LDL) gets the blame for heart attacks and strokes. As plaque builds up over time, it can narrow the blood vessel’s diameter.

Here’s a screenshot of different levels of plaque from the Princeton Longevity Center’s page.

As you can see above, different levels of plaque deposits yield various levels of occlusion or blockage of blood flow. And that’s the reason flow studies (like angiograms and stress tests) can already be too late. Take stress test as an example—a stress test will detect the presence of plaque once occlusion is 50% or more. Yet, the majority of heart attacks happen in patients with less than 50% occlusion.

Contrary to popular notion, heart attacks and strokes are not about excessive plaque build-up or severely narrowed arteries. It’s about cardiovascular inflammation.

In arteries that have inflammation, LDL particles lose the ability to pass through the media layer. This fact was researched recently by Brad Bale (a mentor and a friend), along with Amy Doneen and David Vigerust. 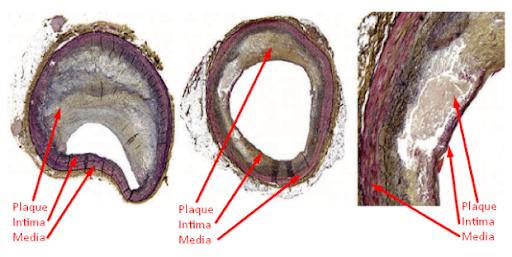 As you can see in the image above, there’s the intima and the media, as well as the plaque. Very little separates the plaque from the bloodstream.

Note that the intima has cracks or holes. Don’t fret; this is normal for intima. However, too big cracks will let certain proteins and molecules to pass through, which is not ideal. This property of the intima can be measured with a blood test called MACR or “microalbumin creatinine ratio.”

How does inflammation of plaque happen?

Inflammation starts when your immune system targets the plaque between the intima and media layers. The body’s immune system sends white blood cells to attack LDL in the plaque.

These cells release enzymes meant to digest and dissolve the plaque, turning any solid plaque into liquefied or “hot” plaque. The enzymes are measured by two blood tests named after them: MPO (myeloperoxidase) and Lp-PLA2 (lipoprotein-associated phospholipase A2). When “hot” plaque touches blood, it can form a clot.

As you can see now, it’s not the regular plaque that will cause the heart attack, but this clot. Through cracks in the intima, “hot” plaque can leak into the bloodstream and form a clot. This clot (shown as the black thing in the image below) could break off, go to the heart, cause a heart attack, and may kill the patient. 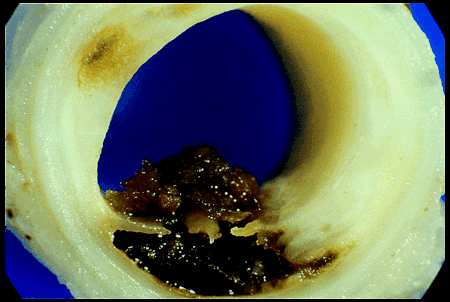 Back to my CIMT result in 2015, I found out that I had 73 years’ worth of plaque in my artery wall. At first thought, there’s not a whole lot that I can do—I led a pretty good lifestyle, to begin with. If I practiced a different kind of lifestyle, I could have already had a cardiovascular event without any warning as well as suffered all the bad things that come along with having an event.

But did I really had a good lifestyle? Well, I had a lifestyle check and realized some things.

First, I should have focused more on my dietary high-glycemic carbs.

Second, I discovered that I got some genetic challenges that predispose me to heart disease risks.

If anyone should have known, it should have been me. The 9p21 gene that I have is also related to diabetes, another reason why I should have discovered my insulin resistance earlier. This means I have a genetic predisposition for diabetes, heart attack, and stroke.

What I did to reverse 20 years of arterial plaque

At that time, I followed the standard practices to address my plaque. By going with fasting and low-carb diets, I have been keeping my blood sugar, insulin, and HbA1c (hemoglobin A1c) at much better levels.

Moreover, I did extra changes to my lifestyle:

Such changes made the difference. In February 2015, my arterial age was 73. Eight months later, I took another CIMT, and my arterial age improved to 59. After a year, my arterial age further dropped to 52 (lower than my actual age of 59 at that time). That’s a total drop of 21 years in less than 2 years! 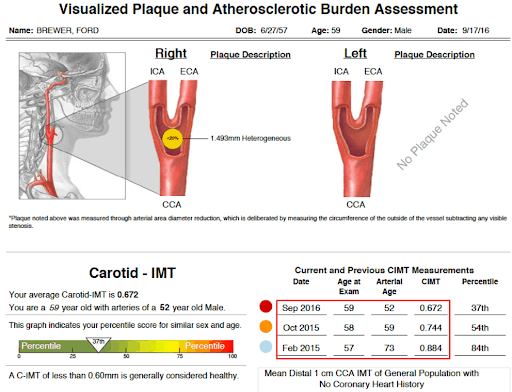 If someone tells you that you can’t reverse plaque, don’t believe it. I didn’t believe it, but I actually did plaque reversal myself.

While my story seems to have focused on medications, this isn’t the entire case. Research and my experience have shown that lifestyle is a far more critical factor.