What is Vitamin K2? Can It Remove Arterial Plaque? 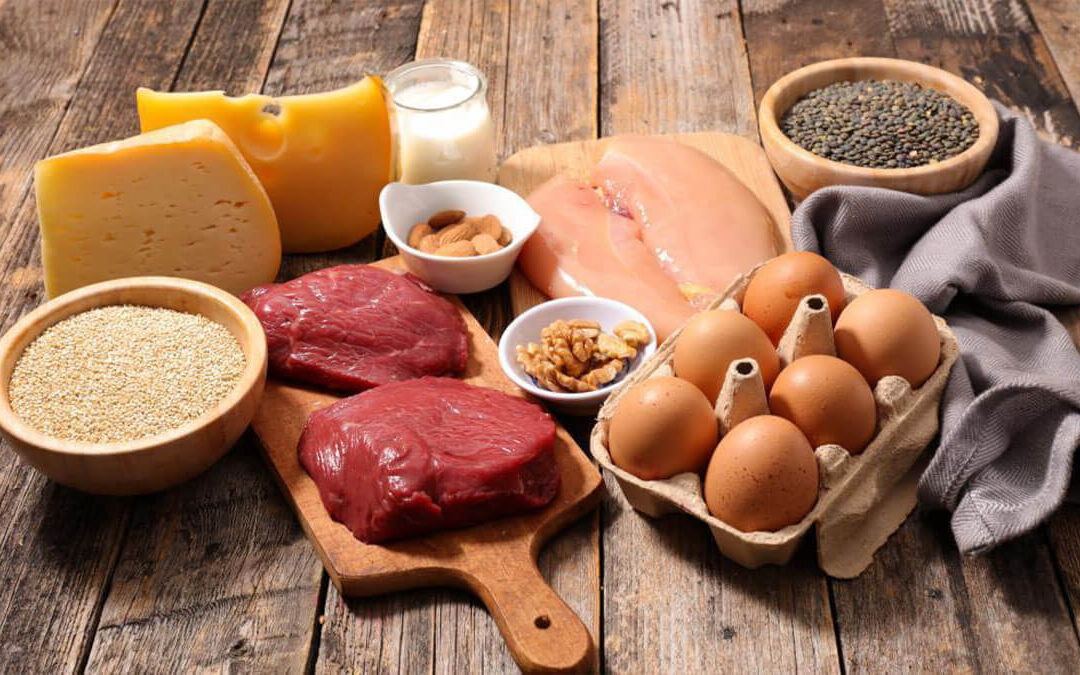 We once had a viewer by the name of Richard Dixon. Before Richard had a knee replacement surgery, he went through a pre-op exam. It was during that time that he discovered that he had calcified arteries around his heart.

Richard’s doctor put him on vitamin K2 MK7. That time, Richard knew little about the vitamin’s benefit. It was said, though, to be suitable for clearing plaque. Years after his knee operation, his X-rays showed he no longer had the dreaded calcium deposits.

With Richard’s pleasant experience with vitamin K2, he suggested that I check vitamin K2. In our YouTube channel, vitamin K2 proves to be one of the most popular topics.

For Richard’s story and the essential points that we initially highlighted about vitamin K2, you can find them in this video.

First, let’s differentiate vitamins K1 and K2. These are variants of vitamin K. Both are fat-soluble. Both act as a cofactor in certain processes involving osteocalcin and other bone proteins.

What does the scientific literature say about vitamins K1 and K2?

The studies on lab animals and humans, unfortunately, yielded inconsistent results. Much of the inconsistency, however, is because most research failed to differentiate vitamins K1 and K2.

Here are some examples:

The study by Beulens and associates is an old one. It’s published in the Atherosclerosis journal in 2009.

The study involved 564 post-menopausal women. They were given a food questionnaire to estimate their intake of vitamins K1 and K2. 62% (360 women) got positive coronary artery calcium scores.

From the results, researchers analyzed the probability of calcification.

Is it dangerous to have a high calcium score?

The calcium score is a gauge of the calcification level in the artery walls.

It will also show whether the arteries had already had inflammation in the past. Hence, a higher score means a person has undergone more cycles of inflammation than one with a lower score.

This makes calcium scan a good technique for screening plaque.

Here’s a question: Should we be concerned with calcified plaques?

At one point, no.

If you already had plaque, it’s better if it’s calcified and not soft. That’s because a calcified (hard) plaque is more stable. Calcification happens when the plaque is stabilizing.

What’s the most significant threat from having soft plaque? It’s inflaming a soft plaque, forming a deadly clot, and letting that clot cause stroke or a heart attack.

Another question: If you remove calcium from calcified plaque with vitamin K2, doesn’t that affect the plaque’s stability?

The answer is not simple.

If you asked us this question years ago, we would have said vitamin K2 may pull calcium out and destabilize a calcified plaque. It may (or may not) decrease CV risk.

So while vitamin K2 destabilizing calcified plaque seems like a quick and simple answer, there are emerging studies that do favors vitamin K2 for CV health.

That’s what we found out later.

If you watched the earlier videos on vitamin K2, you’ll find that we weren’t that sold on supplementing with vitamin K2. That’s because of the notion that it could destabilize already calcified plaques.

Yet, viewers’ interest in vitamin K2 continues to increase!

Then in 2019, I encountered a book titled “Vitamin K2 and the Calcium Paradox.” It was written by Kate Rheaume-Bleue, a doctor of nutrition.

The book mentioned a thing called “osteocalcin” (among other things), which I was unaware of. This osteocalcin is said to impact both deposition and removal of calcium from bones, as well as diabetes.

So I checked vitamin K2 again.

Before delving into osteocalcin, let’s first discuss matrix Gla protein (MGP). Like osteocalcin, MGP is one component that was missed in earlier videos.

Here’s an illustration from an article in the Journal of the American College of Cardiology (JACC). The article’s title is “Changes in Renal Function in Patients With Atrial Fibrillation: An Analysis From the RE-LY Trial.” 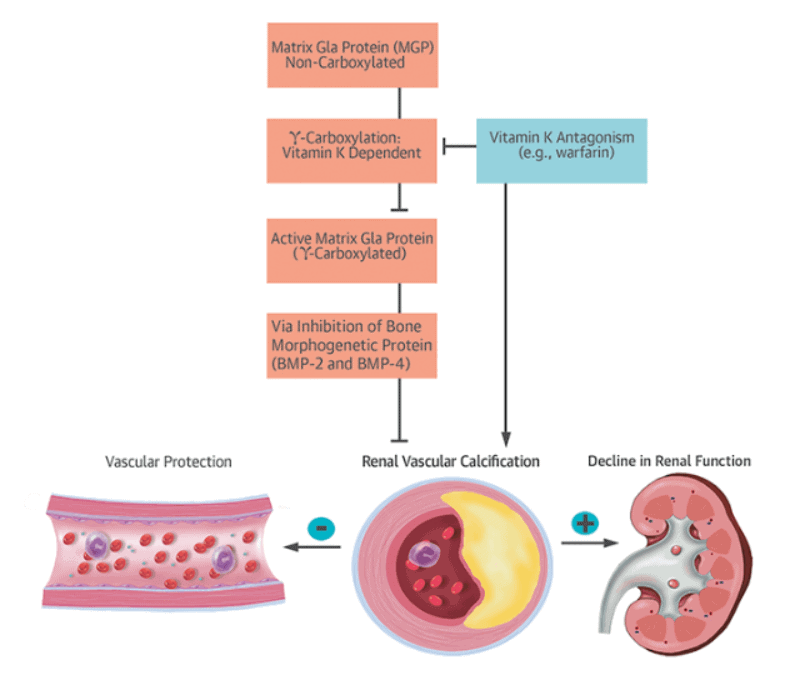 Here are the findings of the JACC study:

For an in-depth discussion on MGP, check this short video on the connection of vitamin K2 and MGP.

Osteocalcin is a different enzyme. It does exactly the opposite of MGP. If activated, it increases calcification and promotes bone mineralization.

So carboxylated MGP pulls calcium out of the vascular area. On the other hand, carboxylated osteocalcin puts calcium into the bone.

However, to do their jobs, both MGP and osteocalcin have to be converted from an uncarboxylated to a carboxylated form. And carboxylation requires vitamin K2. 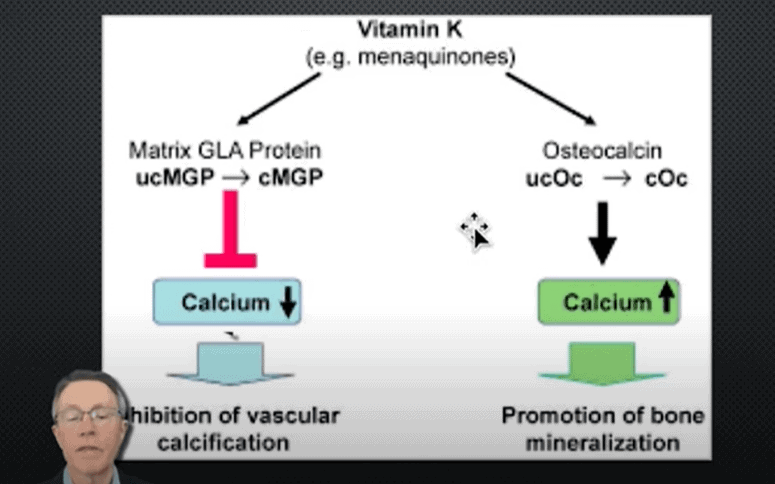 Vitamin K2 isn’t only limited to activating osteocalcin and MGP. In this video, you can see that vitamin K2 also affects osteoclasts and osteoblasts.

What are osteoblasts and osteoclasts? These are 2 types of cells that control bone growth and density. Osteoblasts deposit bone calcium and protein for the bone to grow. Osteoclasts do the opposite. 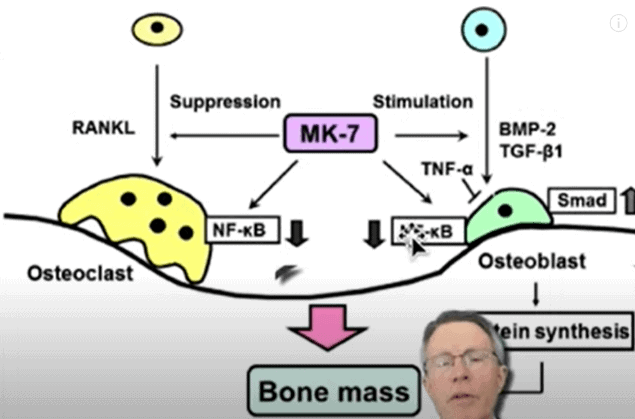 From the above image, see that vitamin K2 MK7 can stimulate osteoblasts or suppress osteoclasts. So even within the bones, vitamin K2 is involved in both processes of pulling calcium out of the bone and putting calcium into the bone.

Aside from putting calcium into the bones, osteocalcin puts another angle to the vitamin K2 story. Let’s list first some studies:

If you notice, all these studies mentioned osteocalcin along with insulin resistance or diabetes. These are signs that glucose metabolism is linked to osteocalcin. For instance:

While we still don’t know the exact things going on, this is an interesting set of relationships.

Check the video below on osteocalcin and diabetes for further information.

Let’s get into an issue in biology called “pleiotropic roles.”

What does “pleiotropic” mean? It means that one thing is fulfilling multiple roles.

Take good old-fashioned Benadryl (an antihistamine) as an example. It has multiple uses. It is given as an anti-nausea drug, can induce sleep, and taken as an anti-allergy medicine (which is its most common use). It’s also taken for itching.

But does sleep have anything to do with allergy or itching?

At a glance, these Benadryl effects may seem unrelated until we go deeper. Things boil down to a thing called histamine. As an antihistamine, Benadryl blocks histamine then starts providing all these different pleomorphic roles or “side effects.”

I usually don’t. When I recommend statins, it has something to do with a statin’s pleiotropic effect against CV inflammation.

Such must be the same thing with vitamin K2. Vitamin K2 appears to play lots of roles in terms of calcium activities, insulin resistance, and inflammation.

Vitamin K2 has few more effects and roles than we just don’t completely understand yet.

We also covered osteocalcin’s impact on insulin resistance and diabetes.

In a nutshell, vitamin K2 is very much involved in activating several components in managing not only calcium but also insulin resistance.