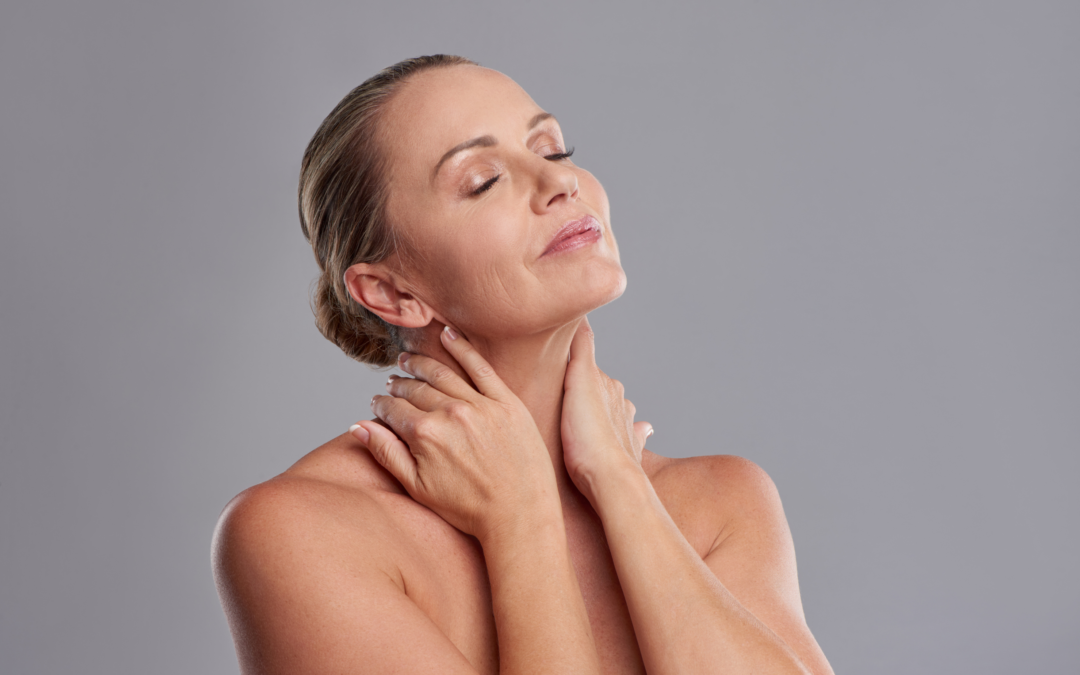 This time we will cover more about Dr. Sinclair’s book, LIFESPAN, starting with a topic we mentioned in the previous blog, metformin as an antiaging drug.

Below you will find the TAME study. TAME stands for “Targeting Aging with Metformin.” Dr. Barzilai is the principal investigator. However, there were dozens of gerontologists (people that study aging) involved in the development of this study.

That starts to make a point of why metformin is the most widely prescribed anti-diabetic medication globally. Plus, it decreases hepatic gluconeogenesis. As Dr. David Sinclair would say, it also upregulates or amps up AMPK. Why is AMPK an issue? Why is David Sinclair focusing on it?

This is an overview of all of the places in metabolism where metformin impacts different areas that drive aging, like TNF (Tumor Necrosis Factor-alpha), IGF (insulin-like growth factor), insulin, and its’ receptor AMPK. 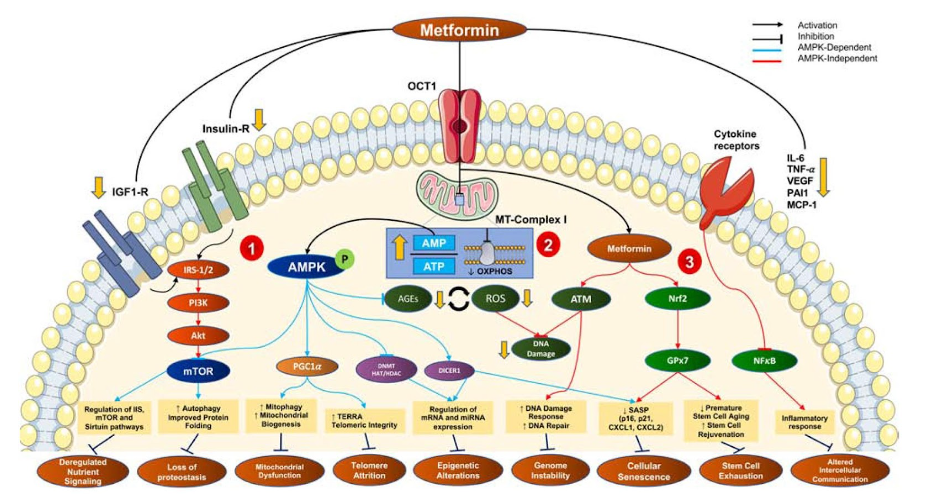 Dr. Sinclair mentions mTOR in his book. We’ve mentioned multiple other places as well. These are all SIRT1. Dr. Sinclair discovered the SIRT enzymes, which are very involved in driving the epigenetics and the metabolism associated with insulin resistance and broader aging components.

Again, why metformin? It’s been used safely for over 60 years. It’s associated with decreased cancer, decreased cognitive decline, and other diseases we mentioned.

How did they develop a composite outcome? They wanted age-related factors, common in populations, which created a significant health risk. When you look at 3 of the most important diseases that we’re talking about (and I’ve already mentioned them) they are already associated with decreased problems from taking metformin.

Here’s an example: observational studies on metformin and cardiovascular outcomes. We saw that in the  VA/Medicare database, a Canadian prescription drug database study, and the REACH Registry.

Look at this Christmas tree plot: multiple studies show that people on metformin are on the left side of this vertical line. 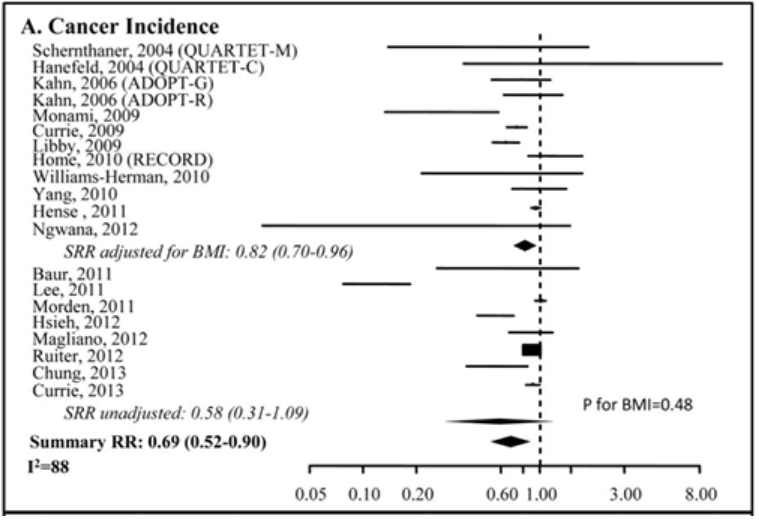 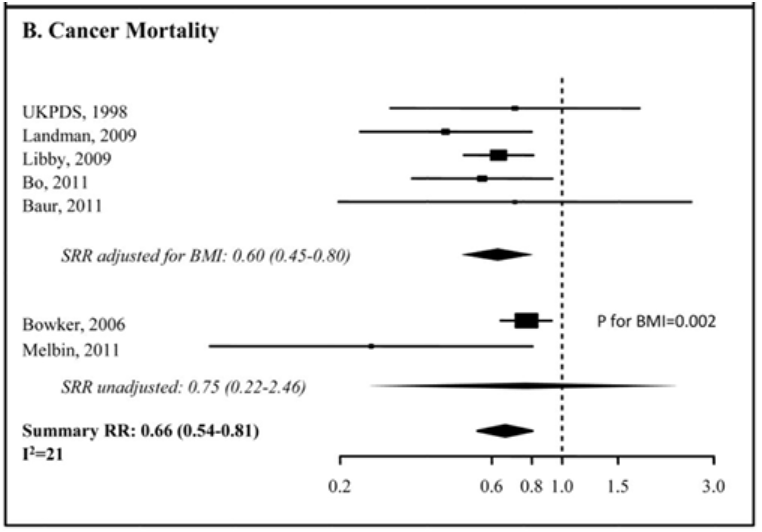 What does that mean? That means they were less likely to get cancer. How about cognitive decline? Again, multiple studies with the Singapore Longitudinal Aging Study, Cheng with the Taiwan database, Hsu with health insurance in Taiwan, and several others. Furthermore, decreased dementia is associated with the use of metformin.

Now going back to the LIFESPAN book, it goes pretty deep into the cellular, metabolic, genetic, and epigenetic drivers. It’s about stopping the process so we don’t have these diseases.

As I said, this is cellular aging. It’s not an organ-related disease. Medical schools and medical training are oriented wrong. They send doctors for many years of training to learn how to be a cardiologist, renal specialist, nephrologist, or a neurologist.

Why don’t we back up 20 years and stop the cellular processes?

There is an interesting study performed by Roy Walford called the Biosphere 2 project. Walford proposed that a 30% caloric restriction could retard aging, so he and 9 other people entered the study where they consumed a low caloric diet for two years. They experimented with impressive weight loss, in the image below you can see Walford during month 15 of his stance in the biosphere and 18 months after exiting it.

Now, it is impressive to see his physical appearance, however, the study showed that severe calorie restriction was not detrimental to health as long as other aspects of nutrition are adequate, it actually showed to be enhancing in terms of a number of risks factors.  The study lasted only two years, but it was found that markers of aging such as calcitonin and DHEA-S (dehydroepiandrosterone sulfate) were not increasing during the exposure to caloric restriction, suggesting that it could be beneficial in retarding the progression of aging. 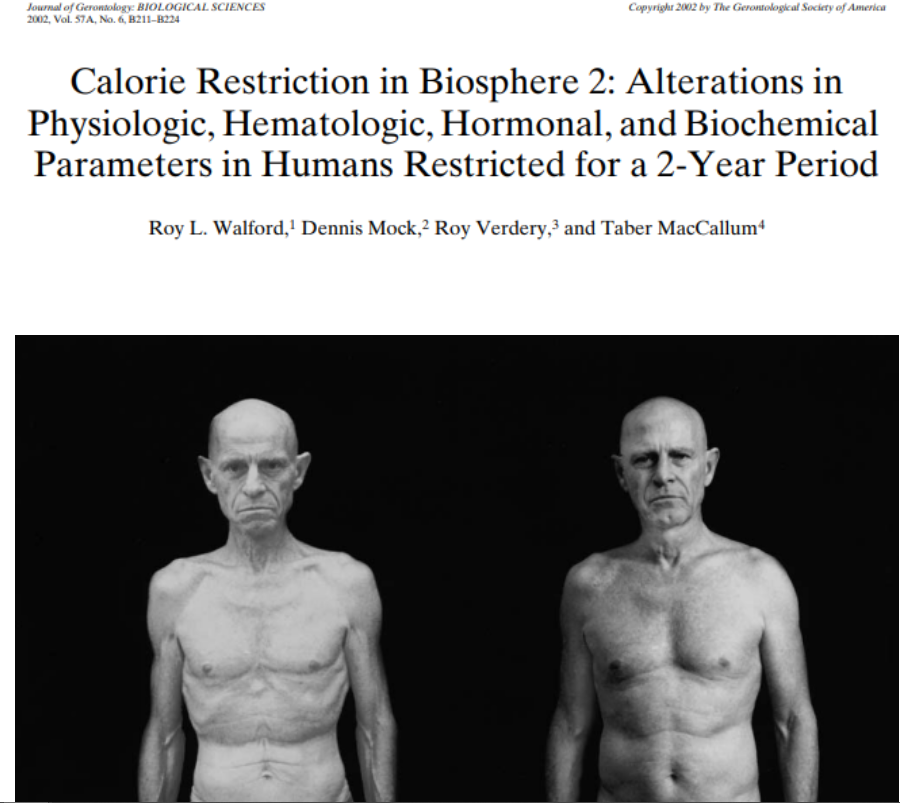 Longo was working with Walford when he was in the biosphere. He said they used to talk by phone. He didn’t necessarily like this caloric restriction. He said it made Walford and others too angry all the time. So Longo went with more of a natural diet.

There were two areas in Italy where Longo focused: Calabria (where he was born) & Tuscany (where he visited family). The Calabria diet was primarily plant-based, with garbanzo beans, minestrone, walnut, olive oil sauces, olives, nuts, fish, tomatoes, and almonds. And Tuscany and Liguria, where they had pasta, heavy meats, and heavy cream sauces.

Longo’s told the following story about meat in the diet, “A typical response of an interview of a centenarian was, ‘meat? Yeah, I had meat. My friends and I snuck into a wedding one time, and we had meat.’ ” In other words, they had meat once during their youth. In other words, they didn’t eat much meat. (More recent meta-analyses indicate no significant dietary risk from saturated fats. It makes me wonder if this story is more about a marker for maintaining a low BMI or body fat content.)

Dr. Sinclair brings up the point: for all you keto devotees, especially those who think it means nothing but meat and dairy: mTOR inhibition.

mTOR inhibition, what is it? It forces cells to spend less energy dividing and more on autophagy. In other words, you get less autophagy when you’re eating meat and dairy products, and autophagy does decrease inflammation.

I have a lot of patients with significant insulin resistance and type 2 diabetes. Meat-based diets are not required to manage carbs, which drive the daily risk picture for people with diabetes. Daily carbs & body fat content are the major risk drivers for those individuals. Everything in life is a trade-off. I’d rather see you manage your diabetes and insulin resistance than give up on that to go plant-based. You can, however, go completely keto plant-based for those of you that are significant proponents of it.

Dr. Sinclair claims that Inhibiting this mTOR is as simple as limiting meat and dairy. That’s reality.

There’s a lot of debate about this. I used to commit to being plant-based. Then I backed off on my plant-based diet over the past year or so. I have never gotten into that full-blown keto where all your report is not a carnivore type – the type of diet that eats meat, cheese, and dairy products.

For those of you who don’t remember mTOR (mammalian target of rapamycin), David Sabatini won a significant award. He may end up winning a Nobel Prize at some point for it.

Today we went into a real bunny hole regarding aging and how to influence it; next week, we close this series about the findings and proposals from Dr. Sinclair’s LIFESPAN.