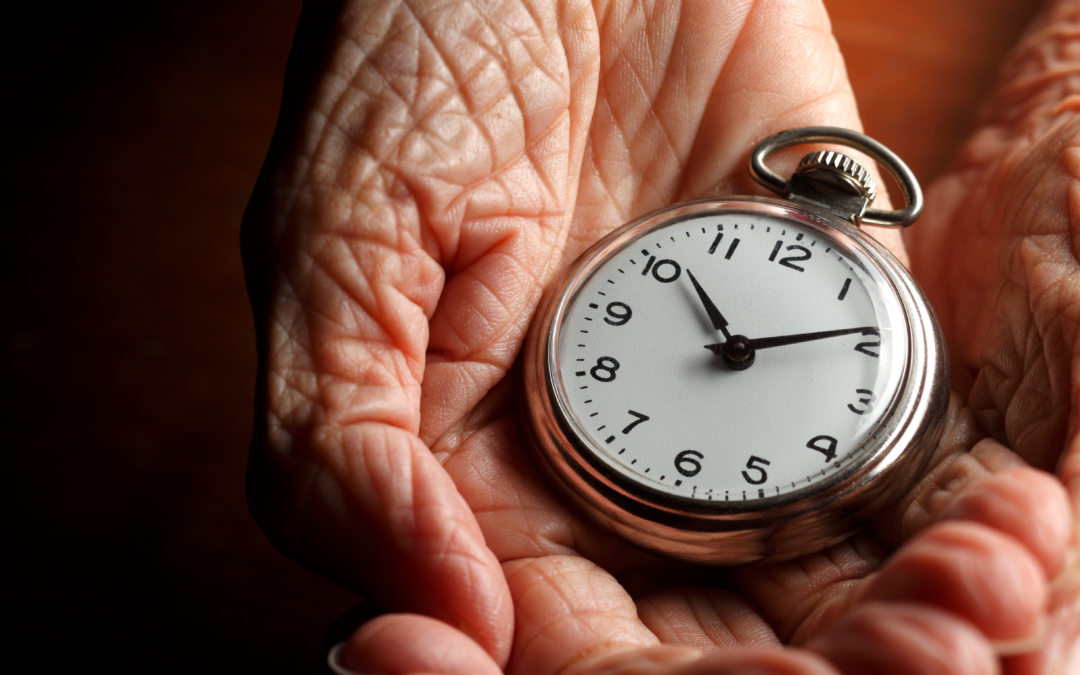 This time we are talking about aging. In a series of three blogs, we will discuss a fascinating book recommended to me by one of our viewers through our YOUTUBE channel – Lifespan, by David Sinclair.

LIFESPAN is a long book, and we will review key points. Dr. Sinclair goes into his background and describes it; he talks about his experience at MIT, and then he reviews how he came up with what he calls the “informational theory of aging .”The reigning theory about aging for decades has been the mitochondrial theory. The mitochondria are where we do the oxygen level of burning. The oxygen level is where we get most of the energy that causes oxidation; therefore, we usually look for antioxidants to prolong our lifespan.

Sinclair talks about different techniques like metformin, which we discussed last week. Then, he talks about supplements like resveratrol.

So let’s go back to Dr. David’s background; as an MIT postdoc; tenured faculty at Harvard and the University of New South Wales. He started in New South Wales, where he was born, and talked about his grandma, a Jewish immigrant from Eastern Europe who fled communist rule. When he was five years old, he became concerned about her and other people dying. He never got over that concern about death and longevity.

In 2002, he discovered a crucial role of NAD+ in aging. He co-discovered Sirtuins, Resveratrol, and STACS (Sirtuin-Activating Compounds). STACS have to do with the control of information, epigenetics, how our body reads our DNA. In March 2017, he discovered NMN. Now he goes into some of the hallmarks of aging, which we’ve heard about multiple times: telomere attrition, stem cell exhaustion, cellular senescence (or what scientists call “zombie cells .”These cause epigenetic alterations, mitochondrial dysfunction, and genomic instability.

He describes an epiphany or genius event; he woke up early in the morning and couldn’t go back to sleep; he kept thinking about all of the different things he found in those spaces. He said, “You know what, it’s like a demented pianist. Imagine you are in a concert hall and hearing a pianist play Mozart or other classical music. He’s doing great. Then suddenly, you hear a little something. You think, “That’s not part of the music.” But it doesn’t make much of a difference. And then you hear it again and again. You hear other errors.

Dr. Sinclair says that is what is happening with our epigenetics; as we need to, we pull out parts of our genes using our epigenetic mechanisms. They use our gene expression mechanisms. There’s a vast library of activity you have to unpack for the DNA of that gene to recreate it, then translate it into RNA. After that, it translates into proteins. All of that involves a lot of replication. It’s like using a copy machine at the library to make mass copies. Imagine that, like the demented pianist, the copying machines start running amok. That’s what he describes.

Werner mutants were laboratory animals, lab mice with Werner’s syndrome, a genetic problem where you age very rapidly. A five-year-old Werner syndrome person will look normal but by age 20 though they look like an older adult, and they usually die in their 40s.

The Werner mutants’ DNA were madly unpacking like a vacuum-sealed bag of yarn ripped open with the yarn streaming out. He describes those loops a little bit more deeply. They are called Extrachromosomal DNA circles or ERC loops. The process of boosting (NAD) Nicotinamide Adenosine Dinucleotide using Sirtuin SRT1 resulted in the intima cells of elderly mice pushing into multiple muscle tissue, providing needed blood supply. Because NAD had activated sirtuins, the epigenomes became more stable, translating into age reversal. In other words, the geriatric mice were becoming ultramarathoners. They were developing these ERC DNA loops, but the supplements were helping. They were eating a couple of things impacting their SIRT1. The SIRT1 controls the packing process; that means they were reversing the aging process.

Dr. Sinclair is making the point, and he’s seeing it in his labs: not only can we slow down aging, but perhaps we can reverse it. His goal is to create the Jewish blessing that says, “May you live until you are 120”.

He makes a good case that it’s not as crazy as it sounds today. Before I read the book, I constantly told people, “You need to expect to live to your 90s”. Many people have come to me with significant calcium scores. You can tell it’s difficult for them to believe even that.

Here’s the thing. If you deal with cancer or heart attack or diabetes or COPD or stroke or heart failure, even if you knock one out, you will still die by others. He calls that is called Whack-a-mole medicine. Here’s a point. We mentioned diabetes. If you’re able to manage diabetes, you can take a massive cut out of dementia, stroke, and heart attack.

A doctor gets years of training on a specific disease or organ, like the heart, and they work hard to treat the specific diseases of that organ. They don’t work on prevention. And generalized prevention involves maintaining a younger metabolism.

Aging is a cellular process, a molecular process. When you slow the aging process, you delay the onset of these diseases. That’s the focus of preventive medicine. That’s what I do, and I’m not the only one doing this. Dr. Sinclair is not the only one talking about this.

As you look at these diseases and look at the lifespan book, age itself is the most decisive risk factor for all of these chronic or age-related diseases; as you dig deeper into the U.S. statistics, it is clear that aging is predominant. There’s a reason why chronic diseases begin at age 40. The actual molecular processes start younger than that, and that’s one of the unfortunate things about my practice. I don’t get a lot of viewers or patients in their

The 20s. But these molecular aging processes start very early. By the time we reach our 40s and 50s, without looking for it, without knowing anything about the molecular functions of disease, we begin to notice things like plaque, chest pain, or other conditions.

Dr. Nir Barzilai is the Principal Investigator of the TAME (Targetting Aging with Metformin) study oriented toward slowing aging. He has had to grapple with bureaucrats at the National Institutes of Health for funding for the study. Why? Because the study doesn’t say, it’s targeting a disease. It impacts a whole host of diseases.

That’s been the primary cause of the delay in that critical process, that vital work. The current regulations still say the NIH cannot classify aging as a disease, and therefore they can’t fund studies on aging.

But there is other exciting research in this field. If the terms rapamycin, mTOR, & autophagy are familiar to you already, read this blog.

It has practical implications if you want to live a long, healthy life.

Rapamycin is also known as sirolimus. The biochemists classified it as a macrolide. If you’ve been involved with medicine, you know that macrolides are antibiotics. It’s already being used as an immunosuppressant. It’s used in stent coatings and kidney transplants. It comes from a bacteria found on the island of Rapa Nui. Scientists haven’t found it anywhere else. Streptomycin hygroscopicus. Don’t get too wrapped up in that. It inhibits mTOR. Remember what MTOR stands for? Mammalian Target Of Rapamycin.

You may not remember; I’ve done several videos on David Sabatini. He’s right next door to Dr. David Sinclair at Harvard. Dr. Sabatini is over at MIT. He discovered MTOR. There has been a tremendous amount of research growing out of that. What does MTOR have a lot to do with controlling catabolism & autophagy versus anabolism?

Anabolism is building up or growing tissue. You see anabolic steroids increase muscle (& other) tissues. Does that help you connect why men tend to have inflammation, cardiovascular disease, and positive calcium scores earlier than women?

A recent New England Journal of Medicine article went into depth regarding the mechanisms around autophagy. Autophagy is where the dead cell parts are recycled.

Let’s get deep into that for just a second. First, you have initiation using a sequence where autophagy means “to eat oneself”.

If you look at how a phagophore grows around a dead organelle, the organelle is like an organ in the body, except it’s within the cell. It’s a very tiny component. If you look more deeply, you can recognize this is the dead mitochondria that this cyst (or phagophore) is wrapping around. As it continues to wrap around it, it closes up. Now it’s called an autophagosome. Autophagosome means “self-eating body”.

It is a recycling body within the cell, the cell’s cytoplasm (the key liquids inside the cell wall). That’s a material combined with what’s called a lysosome. Lysosome means a body that splits things apart. You have enzymes within the lysosomes. They connect with the autophagosome to form an autolysosome. What happens is that the enzymes from the lysosome dissolve the old, dead tissue. In this case, it is an old, dead mitochondrion. Other mitochondria then use the old, digested mitochondrion components for energy.

Dr. Sinclair mentions AMPK in the book. It is stimulated by metformin. He thinks that is the longevity mechanism for metformin. I think there might be other mechanisms for metformin, such as the creation of a healthier gut microbiome.

Hopefully, this helps you connect some dots; we will continue talking about this exciting topic next week.