Managing Your Risk: The Obesity Paradox – Can Genetics Provide a Clue? 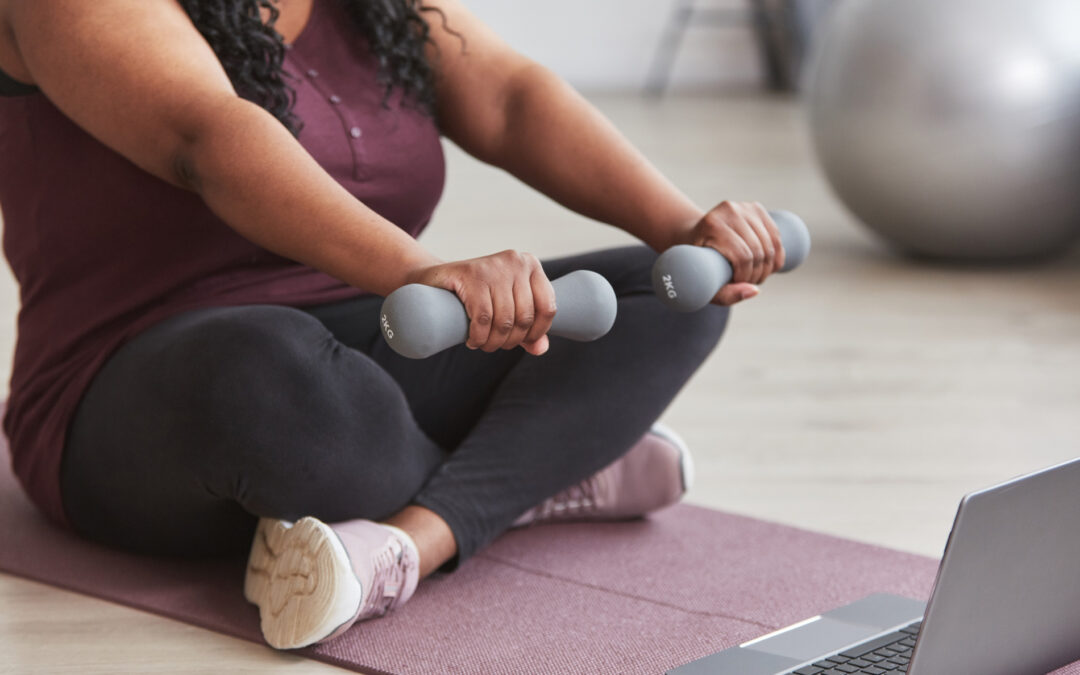 Let’s talk about obesity; specifically, the obesity paradox, can fatter be healthier? This sounds like an odd affirmation; the bottom line is: yes, there are times when people can be healthier AND heavier.

An example occurs with weight gain associated with smoking. There is also the case that exercise might be more important to health than weight loss in certain situations, like mild obesity. But does that mean you shouldn’t worry about losing weight? Absolutely no.

Paradox, when thinner means sicker and heavier means healthier, now, wait a minute, that sounds like the opposite of what you hear from everybody all the time; think about it, there are places where this occurs. I have a video from a New England Journal article titled “Heavier but Healthier.” In that video, they researched that people who stop smoking gain weight. Even though they gain weight, they’re healthier than before quitting smoking.

What’s happening is you’re weighing the risk of obesity versus a much heavier risk of smoking on your metabolism. I will tell you this; I’ve seen it and been through some of the science behind these discussions. I feel like it’s more often used as justification for having weight.

Let’s review a book by Dr. Carl J. LaVie. He’s a well-respected endocrinologist. If you look at Nature Magazine, he’s co-authored a significant review article on this topic, “Healthy Versus Unhealthy Lean: The Obesity Paradox,” it is in Nature Reviews Endocrinology, 2015. The Nature magazines are one of the most well-respected magazines in science in the world.

It says that overweight and obesity have reached epidemic proportions in the US and most of the rest of the world; here’s where the paradox comes in: “Some individuals with obesity can be considered healthy with regards to their metabolic and cardiorespiratory fitness, which has been termed “the obesity paradox.” Those of you who are beginning to think of the Schwarzenegger adjustment to BMI are thinking exactly along with the right terms; before the Schwarzenegger adjustment came up, people said,” you know what everybody with BMI in the high 20s, 30s, and above has a health problem”, other people said,” Wait a minute, what if you’re built like Arnold Schwarzenegger? You don’t have fat like Schwarzenegger during his prime; I don’t think he has much fat right now either. Is it the fat, or is it the mass”?

Initially, there was some question that muscle creates a burden on the heart, too. No, it’s the fat mass, and that’s part of what’s going on here; they go on to say,” there are people that have a significant fat mass that is still healthier than lightweight people.”

What are the details about this? This is the crux of the debate; his article discusses the suggestion that greater emphasis should be placed on improving fitness rather than weight loss per se in the primary and secondary prevention of cardiovascular disease. This is true in overweight or class 1 obesity; in other words, for people who are just a little bit overweight, should we focus more on exercise, or should we focus on weight loss?

Here is another article that has contributed to this debate. It brings up an interesting technique; this is a session presented in the JAMA Network, again, JAMA is no lightweight either, it is called association between obesity and cardiovascular outcomes. It’s a systematic review and meta-analysis using articles based on Mendelian randomization studies. Now, what is that? We explore some basic concepts in the last blog; here is a comparison between Mendelian randomization and randomized clinical trials; if we were going to say, “look, we want to find out whether obesity causes heart disease or if it’s just related to it.” Then you would have to set a control population and a study population; in this study population, you would have to make these people obese to study the comparison, you’d have to randomize between the two, and you’d have to keep people blinded to whether or not they became obese-them and their doctors. That’s never going to happen.

You’re not going to select people at random and make them obese; you’re certainly not going to be able to blind people or their doctors to the fact that they’ve become obese; how do we deal with this? There is a type of epidemiology that has begun to blossom in this age of genetics; it’s based on the fact that there are genes associated with specific medical outcomes, for example, there are genes for eye color – blue eyes, green eyes, etc.; there’s also a random mix we assume in Mendelian randomization, that there’s a random mix of genes, whether you have blue-eyed genes from your mom or dad, or brown genes from your mom and dad occur at random.

How did they know that? They took a large population and separated them; the people that have genetic reasons for a high CRP-they looked to see if they tend to have a higher heart attack rate risk, they did not. They looked at the people who did not have the genetically high CRP; they had the same heart attack risk as to the first group.

These people at the top, something is causing them to increase beyond their normal CRP, and it’s also causing heart attack and stroke risk. We know what it is; it is inflammation. Inflammation can cause elevated CRP and causes heart attack and stroke risk; if you have a genetic elevation of CRP, that’s not going to cause the risk. That’s the basics of Mendelian randomization.

Let’s go back to this study and apply that whole concept to obesity and heart attacks; that’s precisely what they did here. They did a meta-analysis, they found several studies that showed this activity; they used MEDLINE and Scopus as sources of this studies; they wanted to find articles that both studied the linkage between obesity and heart attack and stroke, and also looked for obesity-related genes. There are obesity-related genes, just like there are CRP related genes.

There were 4660 potentially relevant articles; only 2500 titles were given proper screening. Only seven studies were included; they chose five studies that covered all that the authors needed to look at Mendelian randomization. You may think five studies, that’s not a lot, but we’re talking about large population Genome-Wide Association Studies (GWAS). It was a considerable number of people: 881, 692 participants.

Here’s what they found: obesity is associated with type 2 diabetes and coronary heart disease; however, it did not show the same linkage for stroke; how could that be? There’s considerable overlap in terms of risk for stroke versus risk for heart attack and type two diabetes; we know that type two diabetes is a risk for both heart attack and stroke, we also know that there is not 100% overlap between the two: Atrial fib and hypertension tend to drive more stroke risk separately.

We talked about the bottom line, the Lavie article did go into some key points, and I think it’s worth going over those critical points because the last one is the bottom line. First, the prevalence of obesity has increased in most of the world in the past few decades. Patients with obesity have more cardiovascular and metabolic risk, fat mass drives this risk.  Fat cells have a real impact; they tend to cause insulin resistance. Finally, data suggests that metabolically healthy obesity, especially when combined with a high level of fitness, is associated a minimal increase in overall risk for cardiovascular disease and mortality.

In patients with established cardiovascular diseases and other chronic conditions such as kidney disease, severe arthritis, those who are overweight or in class one obesity tend to have a better prognosis. Does that mean that if you stay in shape, you’re thin, you have a couple of these you want to gain weight? No, it doesn’t mean that.

Fitness is more important than fatness for a long-term prognosis; in the obesity paradox, fitness markedly alters the relationship between adiposity(being obese) and long-term health outcomes. Metabolically, having fat mass drives insulin resistance; being in shape, meaning exercising, is an antidote.

Here’s the bottom line: “Despite accumulating evidence on the obesity paradox, the available data still supports purposeful weight loss for long-term health, particularly when combined with increased physical activity, muscular strength, and fitness.”  For those of you who are interested in some of these more nuanced debates and discussions, this reminds me of a book called “The Sports Gene,” there, the author deals with Malcolm Gladwell’s comment about the “10,000-hour rule”. Malcolm Gladwell said: if you play a sport for 10,000 hours you can get to professional level; it’s practice, practice, practice; there’s a lot of truth to that. The author of “The Sports Gene” shows case after case where it’s both factors. I could practice 10,000 hours of basketball, I’m still not going to be LeBron James; now, I don’t have the genetics. I’m 5’10”, not 6’10”, I’m not going to get there!

Some people are genetically compatible and competitive with somebody like LeBron or another basketball star, but they’re not dominating basketball stars. Why is that? It is because they didn’t practice 10,000 hours, or 15,000 or 20,000 hours; the bottom line is that it takes both.

How about the obesity paradox? Should we lose weight, or should we exercise? Bottom line, both!