This week’s blog talks about the anti-aging pill or “forever pill.” According to Bloomberg Businessweek and several other headlines, this drug has properties that delay the process of aging.
The cover picture shows a woman celebrating her 173rd birthday in the magazine. And it claims that metformin is the “forever pill.” Now we know that metformin has some effects that help prevent Alzheimer’s cancer, and of course, it aids in the prevention and management of diabetes, but what about aging? 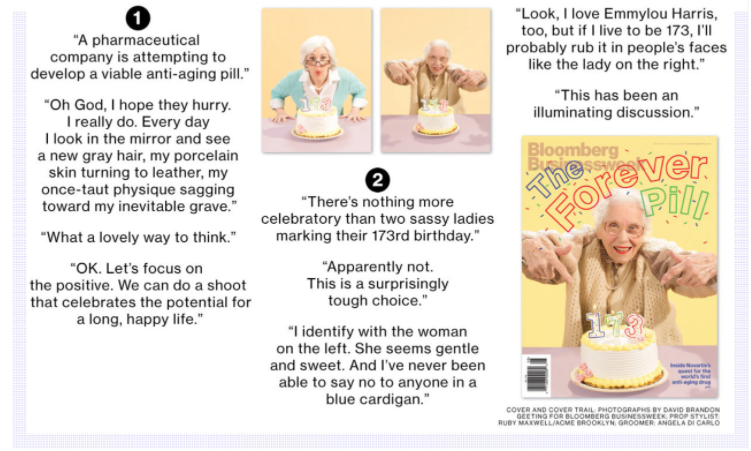 The FDA approved clinical research back in 2015 for metformin, specifically for anti-aging, and it is of particular interest in clinical translational research in aging. It may influence fundamental aging factors of the underlying multiple age-related conditions. The investigators, therefore, proposed a pilot study to examine the effect of metformin on aging.
For those who are more science-minded- what’s the connection again?
Metformin affects glucose metabolism energy metabolism; it impacts AMPK and mTOR; these are enzymes with specific metabolism communication activities. There are multiple methods for glucose to get into the cell, whether you’re talking about liver cells, muscle cells, or brain cells. It also affects the storage and release of glucose.
We have to ask the question – if there are studies about metformin and anti-aging, what are the outcomes? The subjects are still getting old. The question is, what components, results, and indicators will they have of aging?

Authors hypothesize that metformin will change the IGT (Impaired Glucose Tolerance) transcriptome. The IGT transcriptome is a collection of enzymes expressed in older adults.
They look to test this by identifying changes in gene expression in muscle and fat tissue with RNA sequencing. They’ll study the expression of these genes in target genes, such as a mitochondrial number. The mitochondria are the cell’s powerhouses, whether the cells are located in muscle, liver, brain, or other tissues.
Most evidence points out that one crucial mechanism associated with anti-aging is caloric restriction. Despite the current criticism of caloric restriction by Jason Fung & intermittent fasting fans, caloric restriction drives healthy longevity.
Another longevity researcher, Valter Longo, has studied other forms of fasting & caloric restriction. Valter Longo is talking about intermittent fasting and the impact of improved stem cell function after episodes of intermittent fasting.

Scientists have been looking at cellular processes associated with the development of age-related conditions. They include inflammation, oxidative damage, diminished autophagy or cleanup of trash among the cells, and cell aging.
We talked about the Warburg effect regarding cancer prevention activity, where cancer cells have a very primitive form of glucose metabolism resulting in yeast cells.

Metformin & caloric restriction appear to prevent some cancers by decreasing inflammation & oxidative damage. They create a more youthful metabolism, which reduces diabetes & impact heart attack, stroke, and dementia.
French scientists first described metformin in 1922. But it took 30 years for French diabetologist Jeane Sterne to use it for diabetes. Physicians in England started using metformin for diabetes in 1957. Americans didn’t use it until 1995.

Metformin is now the number one drug used for oral treatment of diabetes. Look at the American College of Endocrinologists or the American Diabetes Association – that is the drug they recommend. Type 2 diabetes primarily affects glucose control by malfunction of insulin receptors. Type 1 diabetes has different mechanisms; there is not enough insulin.

From a biochemical perspective, how is metformin metabolized? It’s not metabolized. It just passes through the kidneys into the urine.
The half-life of metformin is four hours; this means half of it will be gone in four hours, then in another four hours, another half will be gone. We used to think that metformin could cause a serious problem called lactic acidosis. A meta-analysis from the Cochrane group indicates that’s probably that’s not the case.

Between 20% & 50% of the people initiating metformin have some side effects. They’re mostly related to gastric and intestinal irritation. Many have gas and diarrhea for the first few weeks upon starting it.

This article has been a brief examination of the pros and cons of metformin. We included some discussion of the mechanism behind the anti-aging process. There are other potential mechanisms (like changing the gut biome) that we didn’t discuss. But hopefully, it can help us understand why some good longevity experts have recommended metformin for longevity & prevention.