How John Reversed Calcium Score by 59% in 16 Months 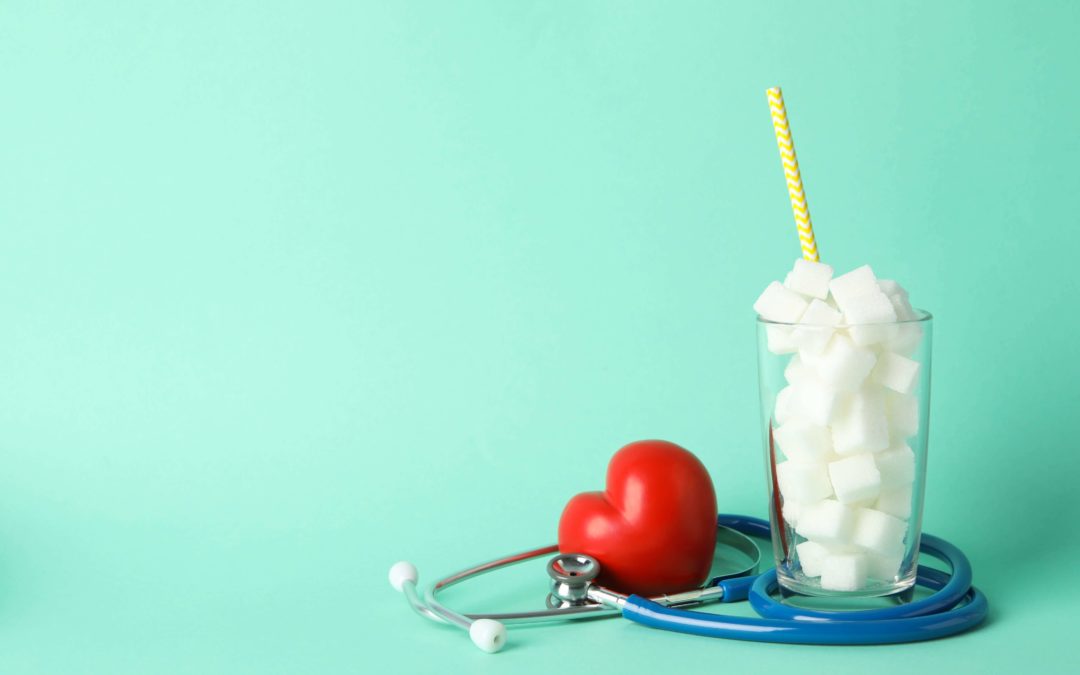 Here’s the story of John Lorscheider.

John was a patient of mine and a moderator in PrevMed’s forum. He also used to contribute videos to our YouTube channel.

John narrated how he decreased his calcium score by 59% within 16 months in this video:

John got several genetic risks based on his family background.

John himself had both carotid and coronary artery diseases.

He worked with a pretty progressive doctor in Illinois whom he credited for discovering a lot of his risk factors. One particular risk was his fast plaque growth, as seen through calcium scans.

However, John was quite frustrated not being able to pinpoint the causes of his plaque growth, more so, how to treat it.

He did the things traditionally recommended by mainstream doctors—statin, niacin, fish oil, diets. None of those seem to work, as John’s coronary calcium score kept rising year after year.

John contacted my office/clinic to make an appointment. And that was the start of our 2 years of our journey together, discovering and managing his cardiovascular risks.

In this video, I talked about Bradley Bale and Amy Doneen’s book “Beat the Heart Attack Gene.” The book tackled many issues close to John’s situation.

The book’s most crucial point is this: Inflammation is the leading cause of heart disease, stroke, dementia, and a range of other illnesses.

It’s prediabetes (which we also refer to as insulin resistance).

So when I first met John, I immediately set him up for tests not only for inflammation tests but also lab tests for insulin resistance.

The first tests I ordered for John are for inflammation. Here are his results:

CRP (C-reactive protein) is an inflammation marker. It is produced by the liver whenever there’s inflammation.

However, a CRP test can give a false-positive result. An injury, infection, autoimmune dysfunction, even a flu vaccination can elevate CRP.

Thus, it’s best to combine CRP with other inflammation tests.

Lp-PLA2 (lipoprotein-associated phospholipase A2) is another inflammation marker that shows plaque formation.

Lp-PLA2 is an enzyme produced by monocytes (a type of immune cell). It targets and dissolves plaque.

It’s produced by neutrophils. It also targets and dissolves existing plaque in the artery.

When MPO and Lp-PLA2 do their actions, unfortunately, they make plaque soft and less stable. Hence, MPO and Lp-PLA2 should be below the acceptable limit to show that there’s no inflammation.

These 2 tests help determine if one person has insulin resistance or already has full-blown diabetes.

While John meets the qualification for prediabetes, his 2-hour result is already borderline high, he can be labeled a diabetic already.

Moreover, his 2-hour blood glucose was higher than the 1-hour value. Ideally, the 2-hour value should be lower.

The Kraft insulin survey builds on the information provided by OGTT.

It is done like OGTT, but this time, insulin levels are also tested. After the patient drank the glucose solution, blood samples will be drawn and tested for both glucose and insulin levels up to the 5-hour mark.

John’s Kraft test results were pretty consistent with his OGTT results, confirming that he has diabetes.

Whether it’s full-blown diabetes or insulin resistance, both conditions are critical for one’s health. They can damage your arteries, subsequently setting them up for plaque formation, atherosclerosis, and inflammation.

CIMT is short for “carotid intima-media thickness.” It is a non-invasive, non-radiation test.

CIMT looks at the carotid area where the main carotid artery splits into internal and external branches. This is an area where plaque usually builds up.

If plaque is detected in this area, there’s a high chance that there is also plaque in arteries in other parts of the body.

In 2018, to his surprise, his result jumped to 7.3, up by 20%. We were both puzzled about the increase, so we contacted Todd Eldredge, the owner of CardioRisk (the lab which performed John’s CIMT).

To our relief, Todd assured us that John had not increased his plaque thickness, and that the increase was because of an equipment upgrade. Being more sensitive, the ultrasound equipment could pick up a higher degree of plaque in 2018 than in 2017.

To get things settled, John decided to confirm his CIMT results by doing a test that he had always done for years—the calcium scan.

As the calcium score only looks for calcified plaque, it won’t provide you any information about blockage or soft plaque. Many people would be worried about calcified plaque. But it’s soft plaque that causes trouble as it’s prone to inflammation.

John was already familiar with the calcium score. He already had several calcium scans before he became my patient in 2016. He had a low score from 2010 to 2012. 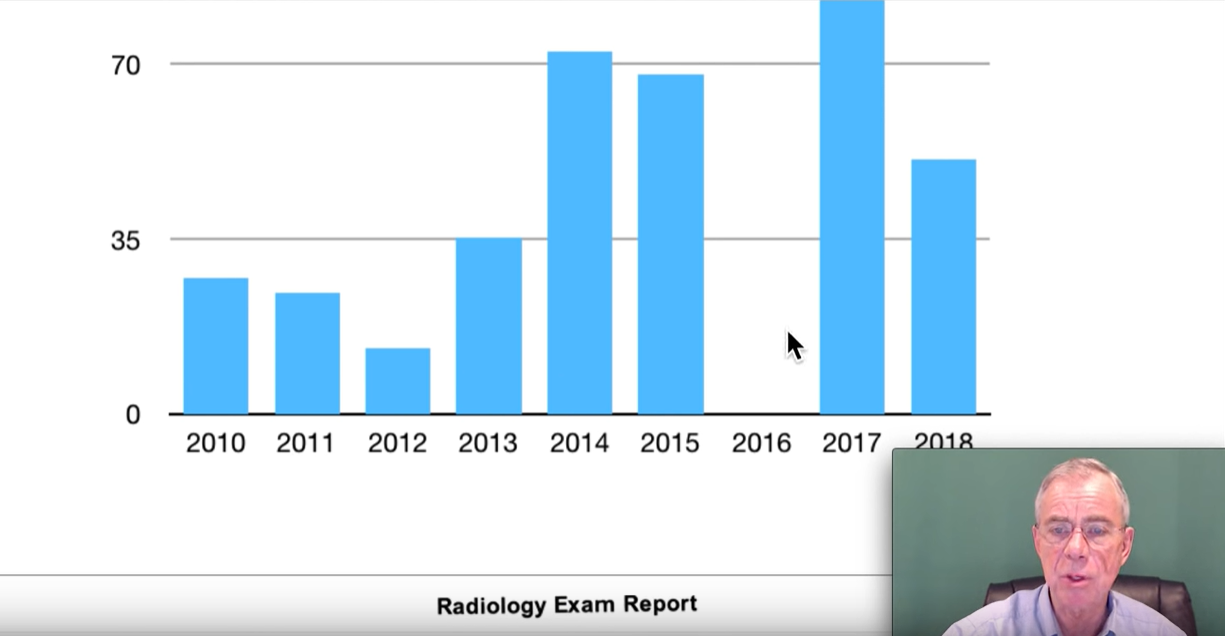 However, his score started to go up in 2013. That time, he quit taking a statin as per his doctor’s recommendation, although stopping statin may not be the only reason. That time, he had not discovered his diabetes yet. His weight and lipoprotein(a) were also going up.

In 2017, he took another calcium scan. To his surprise, his score almost doubled within 2 years, from around 70 in 2015 to 123 in 2017. That means he got a moderate amount of calcified plaque and a moderate chance of developing coronary artery disease and blockage development.

If a patient has a calcium score of 0, it means there’s a low risk of having a cardiovascular event in the next 5 years. Though 123 is not bad for a 65-year-old man, John wanted to flatten his curve a bit. 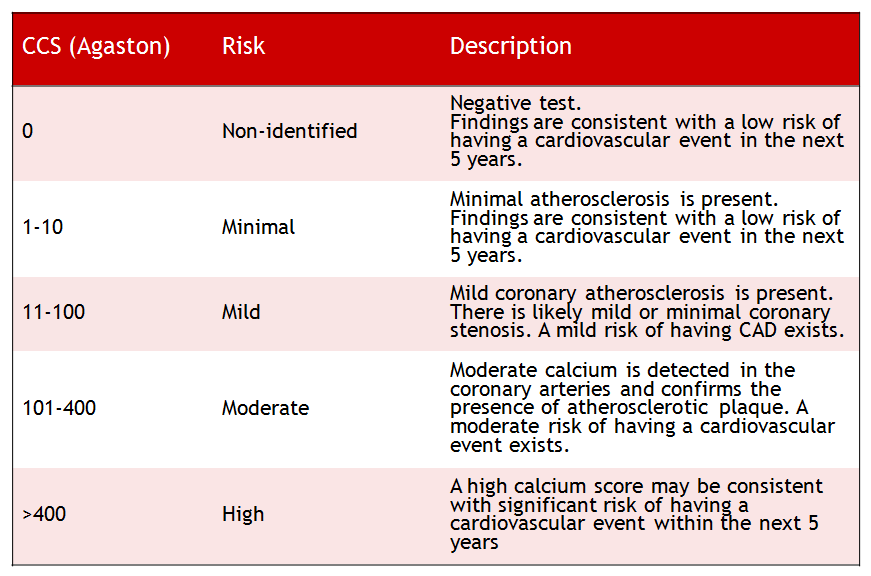 Remember John’s supposed “increase” in plaque based on his 2018 CIMT results?

I mentioned in the previous section that Todd of CardioRisk assured us that John’s “increase” in plaque was because of an equipment upgrade. 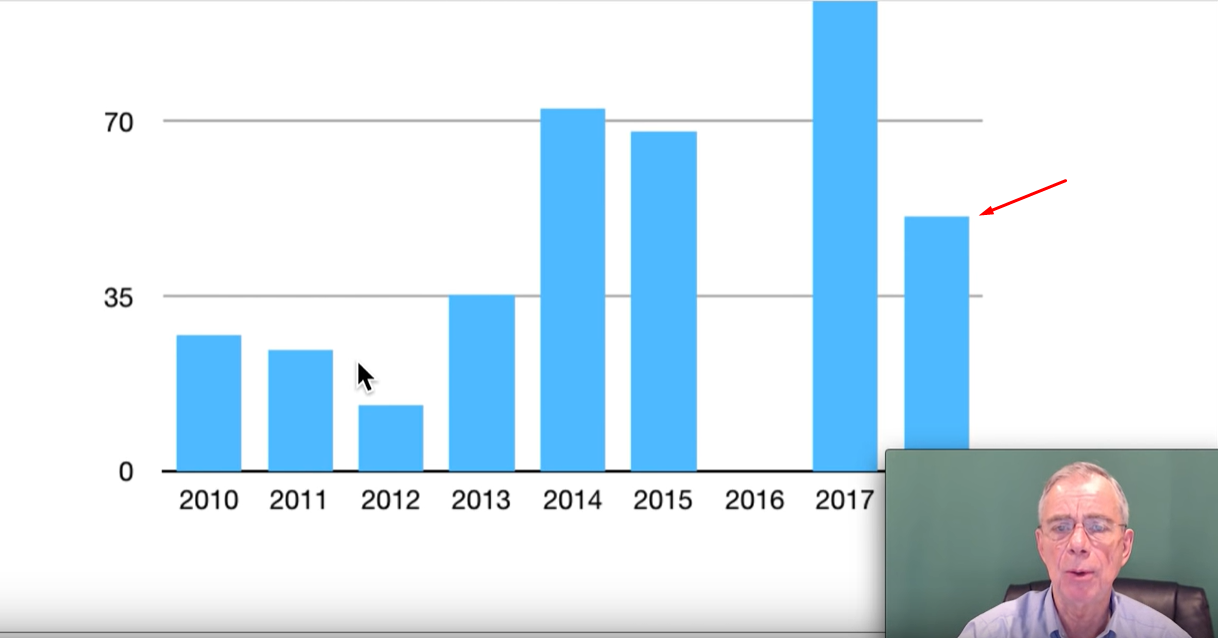 The decrease supports Todd’s statement. And for John, he felt good that he had somewhat in the right direction in managing his plaque.

John found out about his diabetes with OGTT and Kraft insulin survey. He measured his plaque with CIMT and calcium scan. John also took inflammation tests to give him an overall profile of his cardiovascular risk.

The next question is: What are the things John does to manage his risks:

Before rounding up all the things John did and still doing, let’s cover first his medications and supplements, as these 2 things are usually interesting to people.

John doesn’t take as many meds as he used to, though he still takes some. As for supplements, John used to take some but stopped those that gave zero to little benefit to him.

John takes a low dose of 5 mg a day. Fortunately, he experienced no side effects.

While we know statins for their cholesterol-lowering effects, low-dose rosuvastatin has a pleiotropic effect of inhibiting inflammation.

John’s diabetic, so he takes a moderate dose of metformin—500 mg of the extended-release form 2x a day.

Medicines, however, won’t do the work alone for managing diabetes. People have to do other things (like changing their lifestyles) for the best effects.

John used to follow the Linus Pauling protocol—he took 5,500 milligrams of vitamin C per day. But he got bowel intolerance, so that’s something that may work better for other people.

These proteins take vitamin C to where vitamin C needs to go. The protein, however, becomes saturated at 250 mg of vitamin C per day; the amount beyond that is excreted in the urine.

However, not only is ubiquinol more expensive, but it’s also converted instantly to ubiquinone once ingested. So there’s no benefit to taking ubiquinol, and many studies support this.

Vitamin E is supposed to stabilize plaque and reduce plaque, but none of that happened. Some studies have showed that high-dose vitamin E could do more harm than good.

John takes the extended-release form of niacin at 2,000 milligrams per day. It appears to work well for him.

Vitamin K2 is said to reduce calcium in tissues, including arteries. For John, however, it was a leap of faith to take vitamin K2.

With certain studies showing that people shouldn’t be tinkering with their plaque, then trying to pull calcium out might destabilize calcified plaque that’s already stable.

Other medications and supplements

John used to take aspirin. But he replaced it with Eliquis for his atrial fib (and Flecainide if he is having an episode). He also takes Levothyroxine for his thyroid.

However, in cardiovascular health, cholesterol is not the issue; it’s inflammation.

How John lowered his calcium score: The summary

It’s a combination of different things.

His fasting blood glucose is in the low 80s. His postprandial (after a meal) glucose is below 120. He keeps those numbers low.

He monitors his inflammation markers. His MPO and CRP values are low, both are a good thing. His Lp-PLA2 has improved.

He eats a strictly low-carb diet to get into an area called “ketosis.” His HbA1c is 4.7 (below 5 is the acceptable range).

He also adopted a high-fat, moderate-protein diet. Not just any fats, though.

He eats a lot of avocados. He eats cheese, nuts, fish, and other forms of good seafood.

He’s not a vegan or a vegetarian, but he has significantly reduced the amount of red meat in his diet. He eats a little chicken and a few turkeys.

He does intermittent daily fasting, too.

He does high-intensity interval training, which he credits as one of the most beneficial things that worked for him. The exercise highly sensitizes insulin receptors into getting more glucose into the body.

His blood pressure dropped to below 120 over 80, even without the meds.

Still, he takes his BP med (Lisinopril) despite a drop in his blood pressure. He takes a low dose, though, to target inflammation.

He takes niacin to manage his lipoprotein(a).

He takes a moderate dosage of metformin for diabetes.

He takes low-dose Crestor (rosuvastatin). The purpose of low-dose rosuvastatin is to inhibit inflammation.

While he takes supplements and medications, those are not the only reason for his improved calcium score.

Diet, exercise, and continuous monitoring with tests also played a part in why he found success in managing his cardiovascular risk.