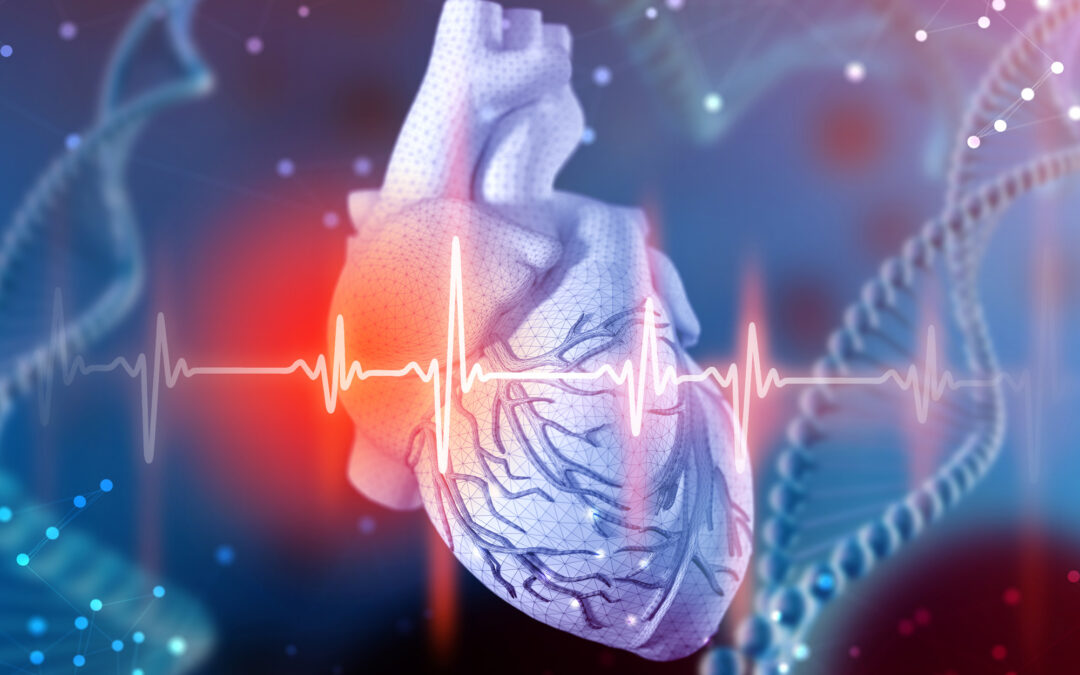 This week’s blog discusses a fascinating topic, Hidden Atrial Fibrillation. We had the opportunity to talk about this with Dr. Ryan Rainer, one of the physicians who works with us in Jubilee Primary Care in Baldwin County, Alabama, and here are our main takes on the topic.

According to Dr. Rainer, atrial fibrillation is when the heart is out of rhythm; actually, Dr. Rainer has been treated for it in the past; he had it seven or eight years ago, an odd situation. Fibrillation means the atrium (the heart’s top chambers, the smaller chambers of the heart) are out of rhythm.; they’re fibrillating, which means they’re not pumping normally as the heart would.

The reason that happens is that every time your heart beats, your heart has electrical conduction that starts in the atrium and the sinus node in the atrium; it conducts a smooth electrical impulse down to the ventricles, and it beats very regularly on most people.

Sometimes there’s a bit of electrical impulse that’s out of whack; it gets off track; basically, it’s like a train track where somebody has switched the track, and you’re going in a small circle track, instead of going straight down that track toward the right direction, it causes the atrium to fibrillate.

It seems there should be something that we could do to prevent it; that’s why we’re talking about it today, to see if there’s any way to avoid it and see if there is any way to catch it sooner.

One hundred thirty thousand people a year die from atrial fibrillation complications; I don’t remember exactly how many people died of COVID-19 last year, but it’s twice as many people that die of the flu every year; if we could prevent that, it seems to be a good thing to do.

Let’s talk about the hurdles to that; a few of the questions that we have are why it’s called hidden. There are a lot of people who have atrial fibrillation or may have felt the symptoms of atrial fibrillation; there’s the hidden part where there could be some symptoms; however, they discount the symptoms and credit them to something else. For instance, people describe atrial fibrillation as feeling like you have a racing heart; that’s also the way it feels when I have three cups of coffee before 10:30 in the morning.

There are symptoms, but what are they? No one wants to believe they have some underlying condition; for most of us, we may discount it entirely if we have a symptom. Well, according to Dr. Rainer, this is something that you need to look out for because atrial fibrillation is the most common arrhythmia, and as you get older, it becomes even more common; 10% of people over 85 years old will have atrial fibrillation, from 65- 85 years, it’s anywhere from 1-7% of people who may have it.

Sometimes it’s hard to tell. Can you feel your heart beating? Sometimes, I can feel my heart beating just if I drink some caffeine; it seems harder. When their blood pressure is higher, some people can feel their heart beating; you can also feel your pulse. You can feel it regularly beating on your neck; if you have atrial fibrillation, you may discern what is called palpitations. That’s when it feels like your heart is not beating regularly when your heart is beating a different way than it usually does.

It may be the first symptom, palpitations; you may also feel light-headed; you may feel a little dizzy; you may feel a little short of breath. If you’re feeling short of breath and dizzy, and you feel your pulse, and it’s very rapid, you could have one of a few different arrhythmias, but atrial fibrillation is the most common one; it’s something to look out for if you feel your pulse, and it’s rapid but irregular.

Afib (Atrial Fibrillation) can go from 70 beats a minute to 150 beats a minute to 130 to 120, all within one minute; it’s very irregular, and it bounces all over the place if you feel your pulse. It’s bouncing like that; then it is something that you need to have checked out, especially if you have dizziness or shortness of breath.

Again, for 20% of people that have a stroke associated with Afib, they felt nothing; the first sign they had was a stroke.

One of our viewers asked: Apple and other companies make devices to alert you to an arrhythmia; if I feel that arrhythmia, I could be out of that arrhythmia by the time I see the doctor. Would you order an EKG? What do you think of these devices that allow you to test whether you’re out of rhythm in real-time?

Dr. Rainer has a couple of life stories to answer that question; his son was having some palpitations when he was in college, and we bought a device that went with his Apple watch; he bought a device where he could just put the two thumbs on it. He could put those on the little pads, and it transmitted to his watch; if he had symptoms that he thought were related to arrhythmia, he would send his dad an EKG; it was always unexpected, but they can show Afib pretty accurately.

Once, Dr. Rainer was on an airplane, and somebody had some heart problems; the crew quickly asked, “Is there a doctor in the plane”? So Dr. Rainer answered the call and asked if a person on the plane had an Apple watch. So Dr. Rainer stuck it on the person that was having the problem; the device showed their heart rhythm, although it wasn’t an Afib, the devices showed to be pretty accurate. In other consultations, Dr. Rainer has seen people with Afib who happen to have an Apple watch, indicating an arrhythmia. The problem with using these devices for screening is that many Apple watches are not in the age group where Afib is prevalent; how many over 85-year-old people do you know have an Apple watch?

They do work, but most people that have an Apple watch are younger; even Dr. Rainer doesn’t have one, but his son, who is 21, and his daughter, who is 17, have one. They’re not in the group that has atrial fibrillation; they will use it, and there will be some false positives; they’re not in a high probability group.

Some believe that people at a younger age can go into Afib because of extreme exercise, meaning people might exercise themselves into Afib. Is this possible? Well, according to Dr. Rainer, an abnormality in your potassium, sodium, or calcium by being dehydrated and exercising too long without drinking enough water can cause it; however, it would be pretty rare.

The main risk factors are diabetes, obesity, hypertension, smoking, and heart disease; if you already have hypertension or diabetes and you start feeling that palpitation, you can check it on the watch or one of the other devices; if it says Afib, you need to have a 12 lead EKG and get it checked out.

This is it for today’s blog; next week, we explore what to do if you have atrial fibrillation.