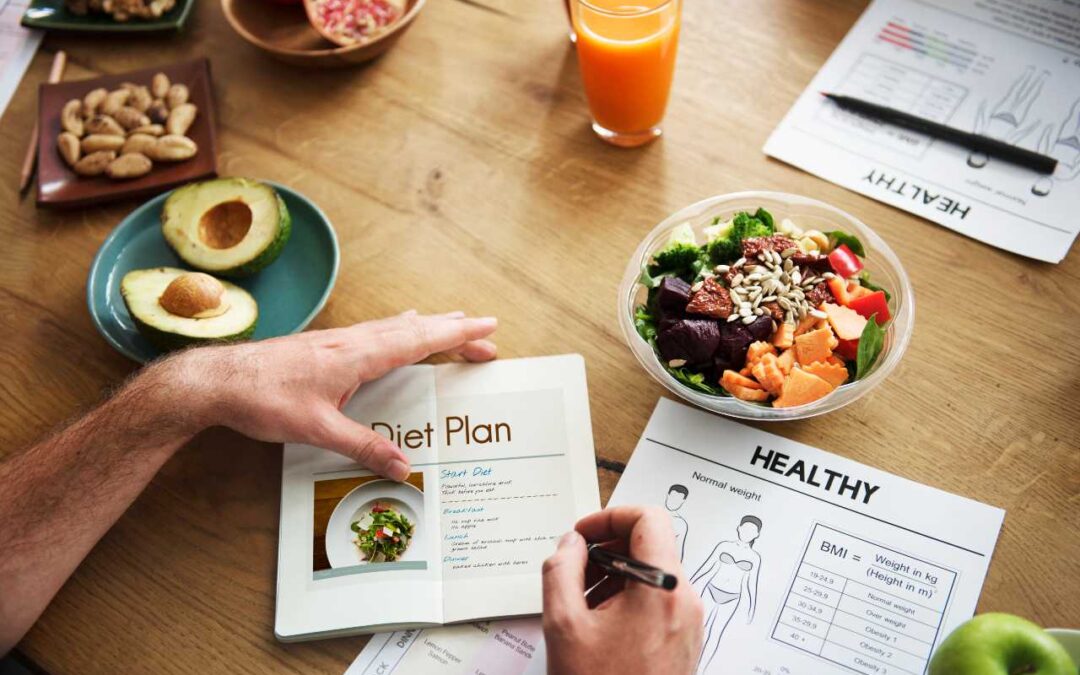 There is some exciting research regarding the influence of thyroid diseases and CV inflammation; let’s review it here.

I’m starting this week’s blog with a short story. Last week, a patient called to tell me that he had developed some fatigue. He talked to some folks about thyroid disease. He saw a doctor that told him she thought he had Hashimoto’s Thyroiditis, meaning that he had some autoimmune inflammatory processes happening.

Hashimoto’s disease is an autoimmune illness, meaning the body attacks itself; in this case, immunity cells attack thyroid tissue producing a decrease in thyroid hormone production; this can cause fatigue, dry skin, constipation, muscle pain and weakness, depression, menstrual irregularities, face swelling, hair loss and, as we are seeing today, increased cardiovascular risk. There are multiple factors to consider when talking about Hashimoto’s disease, one of the primary focuses is diet, especially gluten.

There are several books out about gluten & thyroiditis. They look at inflammation in Hashimoto’s thyroiditis.
Gluten science has been around for a while. Many people have been skeptical of the science behind gluten and thyroid disease. Gluten critics initially focused on celiac disease-leaky gut.

I will review a few items on the science, but it’s a vast topic. I will focus on the link to thyroid, diet, leaky gut, and gluten. Where is the science? There is a lot of information out there. Bench science like genetics is a good example.

One of the scientists/doctors who came up with this gluten issue has written a book on “Gluten Freedom.” Alessio Fasano is from Massachusetts General Hospital. He is the director of the Center for Celiac Research and Treatment.

Let’s go deeper into this topic and discuss the science behind this again, linking thyroid, Hashimoto’s thyroiditis, diet, and gluten. Some of the bench science found is that gluten gliadin-related types of proteins impact haptoglobin. Haptoglobin – and a protein called zonulin in the precursor protein for haptoglobin 2.

I first learned about haptoglobin 2 from Brad Bale and Amy Doneen. They talked about the significant increase in cardiovascular risk associated with haptoglobin2. It is a prevalent genetic variant. 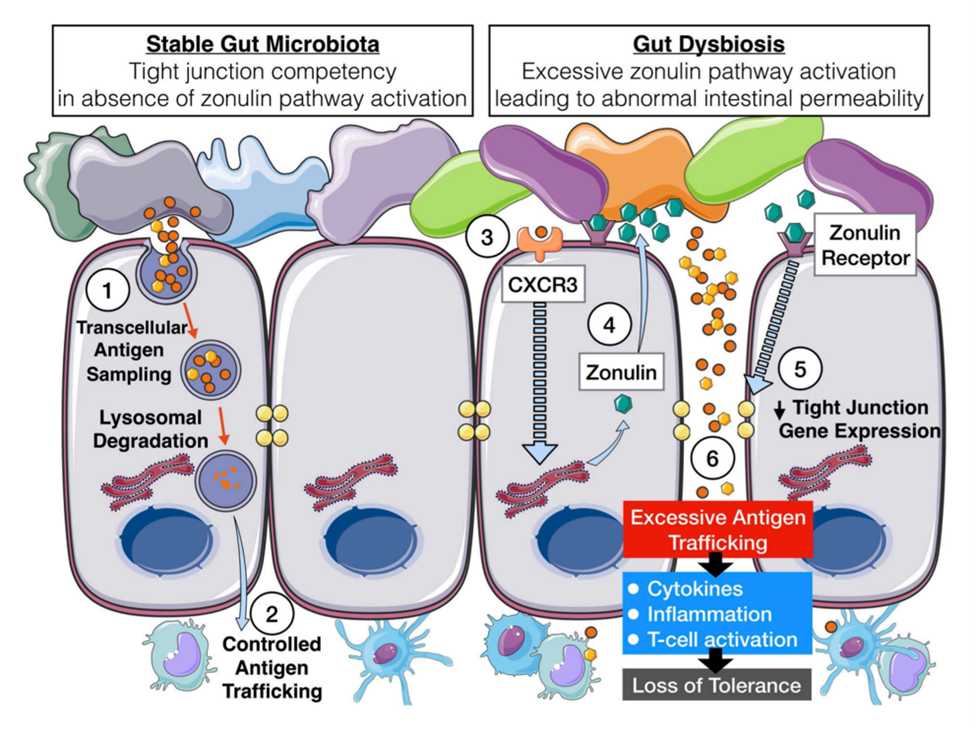 There is strong science behind leaky gut. Dr. Fasano focuses and researches more on celiac disease for those still skeptical.

How does this happen?

Below you will see an image of a protein called zonulin. (Zonulin is the pro-protein precursor of haptoglubin2.) Also, you can see the nucleus of the cell and the endoplasmic reticulum. The DNA is transcribed to RNA, and the RNA is translated into zonulin. 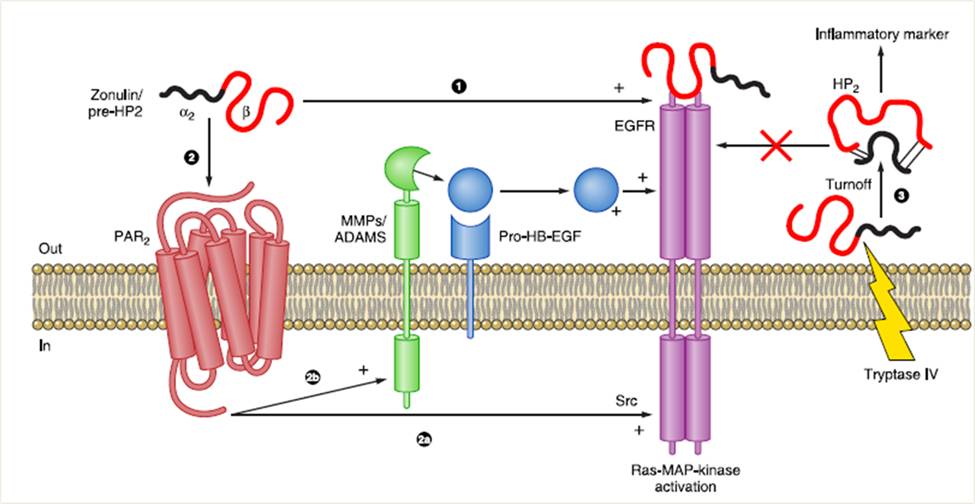 I described this originally in Dr. Fasano’s research at Harvard, who had initially been around the gut lining. This process with tight junctions happens in other body organs – like the thyroid. You start getting a significant impact on the thyroid gland associated with inflammation from your diet and gluten.
Below you can see a microscopic image and representation of the healthy and inflamed intestinal mucosa.

We talked about the level of research in genetics. It’s been discovered that zonulin is on chromosome 16. Chromosome 16 has been linked with many autoimmune disorders and some other inflammation-related disorders.

The problem of inflammation can happen in multiple organs. It is associated with tight junctions. If you look at this 16th chromosome, there is a huge list of diseases related to problems in this area: autoimmune diseases, cancers, nervous system, schizophrenia, dementia, celiac disease, inflammatory bowel disease, rheumatoid arthritis, lupus and diabetes type 1.

Here are several pieces of information that I got from my friends Brad Bale and Amy Doneen. They wrote, “Beat the Heart Attack Gene.” They look at increased risk for heart attack and stroke for people with haptoglobin-2: and zonulin. If you combine HP 2-2 with diabetes, a hemoglobin a1c of 6.5 or greater, you get a massive increase in heart attack and stroke risk.

The research that they quote comes from Milman & Associates, 2008. Atherosclerosis and thrombotic vascular biology- from a life-table analysis. It’s associated with zonulin (the precursor or pro-protein of HP2-2) 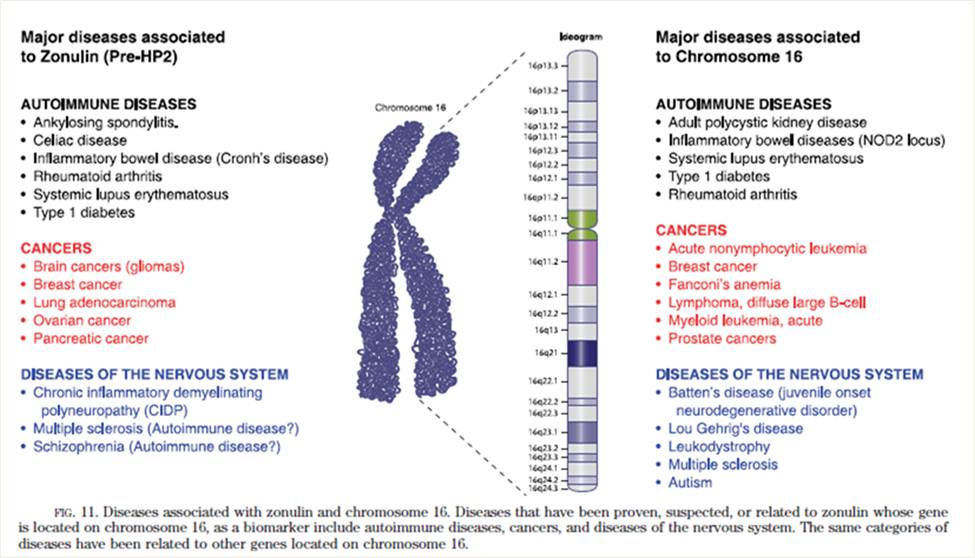 These people have life events, like death. You get a considerable increase in deaths associated with having haptoglobin 2-2 and zonulin. We’ve been talking about the inflammatory process affecting multiple organs, including our cardiovascular system.

I feel it would be helpful to connect the dots on cardiovascular inflammation, autoimmune diseases, GI and inflammatory diseases, and Hashimoto’s thyroiditis. They are diseases that we’re just beginning to see associated with inflammation.

The impact on CV disease is essential, and this reaffirms the role of diet in prevention, even if you don’t have Celiac disease or Hashimoto’s Thyroiditis.