Cinnamon, Does it prevent Heart Attack, Stroke or Cancer? 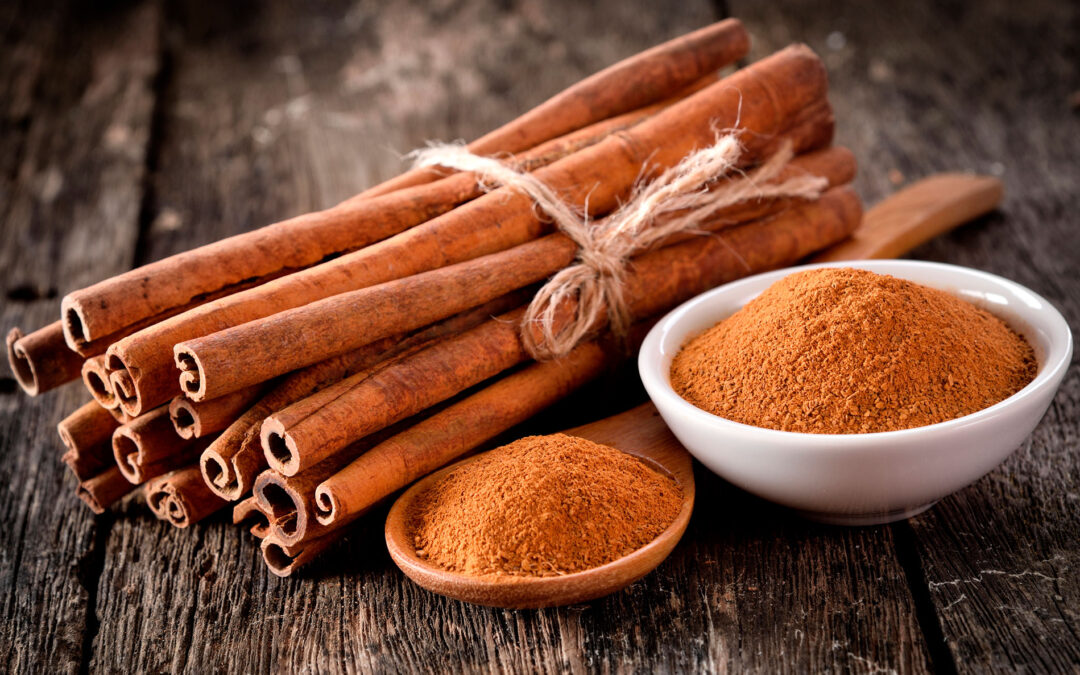 This article deals with the following question: Can cinnamon prevent heart attack, stroke, or cancer?

Lots of people would tell you that it will; but what does the research show? The research would indicate that cinnamon can have an impact on glucose levels. Is this enough to prevent diabetes?, that can help slow down diabetes is going to help with heart attack, stroke, and cancer prevention.

Well, let’s look at the Cochrane studies. Just for context, the Cochrane agency is a nonprofit group, like Wikipedia; in fact, it’s now associated with Wikipedia; they use volunteers from across the world who work in epidemiology. These are scientists and epidemiologists who agree to look at the research on a topic; they do meta-analysis and report the results. A meta-analysis is not just one study, it’s going back and taking a look at all the studies that are available on a topic and report evidence-based on those studies.

The most recent Cochrane review on cinnamon was 2011-2012, at that time, there were several independent reviews that both came up with the same result; they reviewed about a dozen studies, none of them showed significant impact on hemoglobin A1C, lipids, or cholesterol levels.

According to the Cochrane study, cinnamon didn’t show an impact on anything; they had said “no, it doesn’t work at all, at least according to the current state of the science”. That sounds like the end of the story, doesn’t it? Well, science is rarely that simple. Most studies (like this one) still suggest further research; and the popularity of cinnamon for prediabetes/diabetes is not going to just end with that Cochrane analysis anyway. 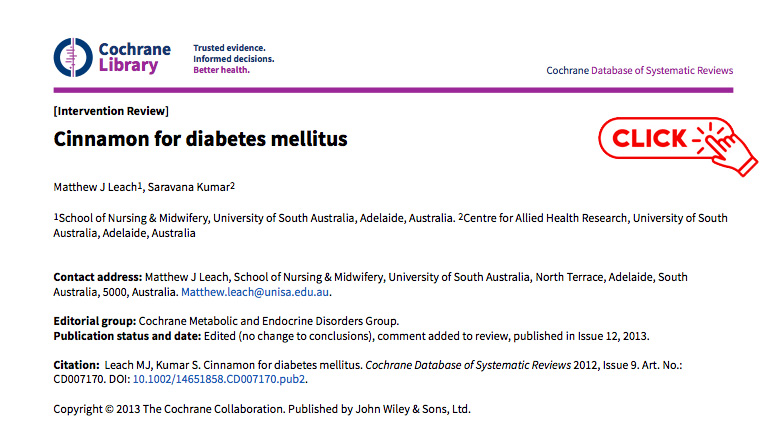 Most scientists are going to recommend further analysis. Why? Because there were some studies that showed some decrease in fasting glucose. Here’s another problem: if you’re a full-blown diabetic, if your fasting glucose numbers are around 140- 150 and higher, then fasting glucose does appear to become a major issue; however, if you’re less than that, if you’re pre-diabetic, the real problems don’t appear to come from fasting glucose; that’s consistent with the perception and the evidence that is available.

There are a couple of problems with the cinnamon story. Let me add another one; let’s say you decide you’ll take cinnamon; what type do you take? Did you know that there are multiple types? Research has been done with Ceylon cinnamon; I went to look at cinnamon, I picked up cinnamon in my kitchen, and, surprise, mine says burmannii.

The research has been done with Ceylon cinnamon; a lot of literature indicates cinnamon cassia is the correct one. Below you’ll find an image for comparison; interestingly, you see this is implying that Ceylon cinnamon and cassia cinnamon are different.

Let’s say you decide, ” okay, I’m going to take any of the three: Ceylon, burmannii, or cassia.” I think all of those are safe.  After all the criticism above, I’ve still tried cinnamon, I didn’t see much difference; if you try cinnamon, I decided not to try the following: Korintje cinnamon and several of the other types that come from different parts of the world; they may end up being helpful, but they haven’t been researched that well. You may decide you want to try these un-studied types. Just be aware.

The question is, do I take it? The answer is yes; why? It’s $6.00 for two months’ worth; I don’t mind the occasional burst of taste that you get afterward; in fact, it’s a pleasant surprise, sometimes after coffee. Do I depend on it to prevent my diabetes, heart attack, stroke, cancer? Not.

I’ll share my experience; I am pre-diabetic, have been probably mildly prediabetic for a few years, my fasting blood glucose are in the 90s, sometimes low 100s; It’s my postprandial, post-meal glucose values that have become problematic, they were in the 120s; now they’re 150s-160s.

I exercise- resistance training, high-intensity intervals, running; I was a poster child for all of that for a long time; I do think that it had an impact on delaying the progression of my pre-diabetes. I was at the point where I needed something else; so I went on a deficient carb diet, usually 50 grams of carbs or less per day; that significantly impacted my postprandial.

The other thing I’ve done is use pioglitazone and metformin, I started out with metformin first and then  pioglitazone, I didn’t get swelling with pioglitazone.  Also, pioglitazone is in a really old drug class. For those that are interested, the class is called thiazolenediones. That is the only drug class shown to actually impact the root cause – Insulin Resistance. Other newer drug classes, like GLP 1 agonists & SGLT 2 inhibitors are showing a lot of promise. The comparison of these drug options is a different topic. We’ll cover it in other articles and videos.

I’m on metformin after some of my research on the tube and have seen only one blood glucose reading over 100 in the past three months.

In conclusion, Cinnamon the hard evidence for cinnamon is not convincing. But cinnamon is harmless, inexpensive, & a tasty spice option. So, I certainly don’t depend on cinnamon to prevent heart attacks. Lifestyle is the most important (weight management, exercise, & carb metabolism). Many drug options are now available for those that need them. But I use a lot of cinnamon. It’s fun. & I’m guessing that if it has any impact at all, it’s a good one.