A new definition for diabetes 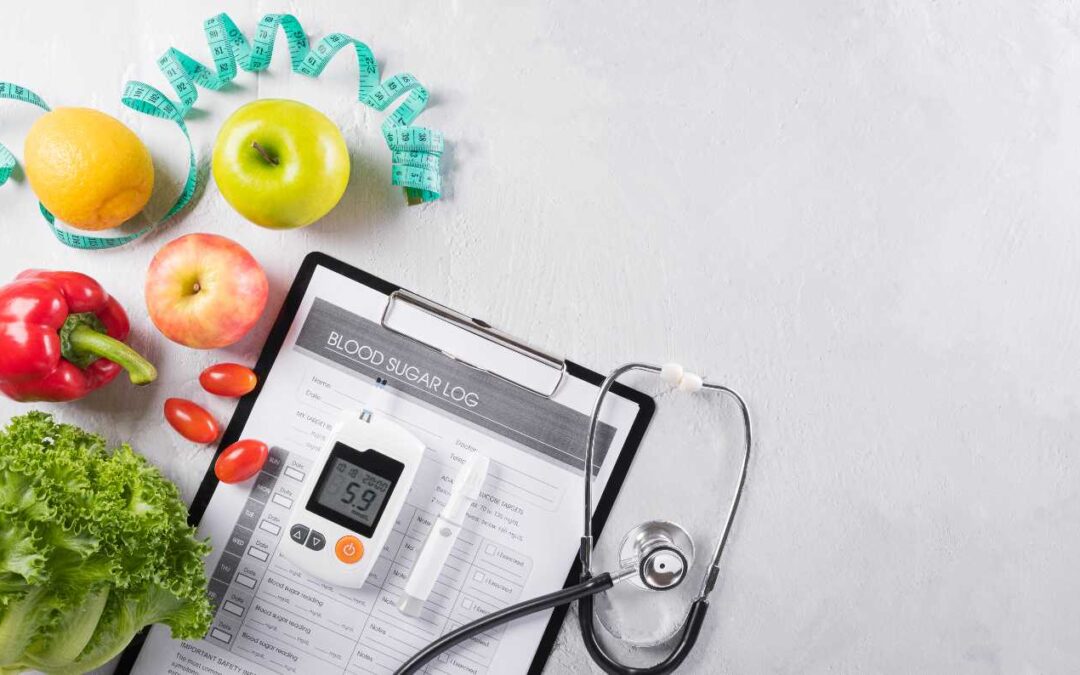 A patient once told me: My doctor said, “I just have a touch of sugar.” If your doctor says that, be afraid, be very afraid. Should we get rid of the term prediabetes?

I’m not the only person saying that anymore. We found an article where scientists are saying the same thing. We’re going to cover that article today. Even the CDC, as conservative as they are, advises that 9 out of 10 people have prediabetes and don’t know it.

Prediabetes causes the same kind of damage that diabetes does. In fact, by the time people get a diagnosis of type 2 diabetes, between one and two-thirds already have damage to their eyes and damage to their nerves.

Let’s go into the article “The time is now for new, lower diabetes diagnostic thresholds,” published in Cell Press. The author, Stanley S Schwartz, suggests getting rid of prediabetes. He is an endocrinologist on the staff at the Perelman School of Medicine at the University of Pennsylvania.

The researchers say that the current thresholds for diagnosing diabetes were set more than two decades ago, back in 1997. The evidence suggests intervening earlier in the disease continuum might prevent the complications that come with it. In other words, you have the disease earlier, before you get a diagnosis of full-blown diabetes. The goal is to mitigate the transition into diabetes. Most of all, it’s not a question of preventing other diabetes. It’s a question of preventing cardiovascular disease and delaying, reducing, and taking risks off the table.

Prediabetes is associated with micro and macrovascular complications, in other words, cardiovascular disease or ocular/ eye vascular disease, and kidney vascular disease. It is almost as important as the number who will progress to full-blown diabetes. That’s the author’s perspective. 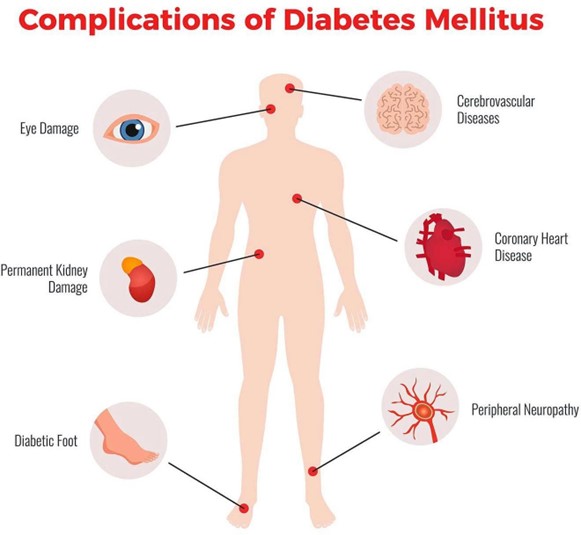 I will tell you it’s far more important what happens to the heart, brain, eyes, and kidneys than whether they develop full-blown diabetes. If you look at the current trend in diabetes medications, if a new diabetes medication comes out, researchers don’t look much at what it does to diabetes; they look at what we call CVOT (cardiovascular outcome trials).

The quality and value of a diabetes drug are now measured by its impact on vascular disease. In this article’s heart: the authors propose new diagnostic criteria for diabetes to improve the patient’s long-term health status.

Now, Cardiovascular outcome trials-a big one just came up for dapagliflozin. It’s one of the SGLT-2s. Over the past six months, blockbuster information has arrived about those drugs, just like the GLP-1s are also showing excellent cardiovascular outcomes.
I still hesitate because the SGLT2s are $600 a month; the GLP-1s are about $1,000 monthly. They’re costly, and insurance companies aren’t covering them in these early phases.
If you look at the image below, the author suggests precisely what I’ve been saying. Get rid of the diagnosis of” prediabetes metabolic syndrome” and diagnoses that tell the patient to be careful because you might get sick. No, you are already ill. 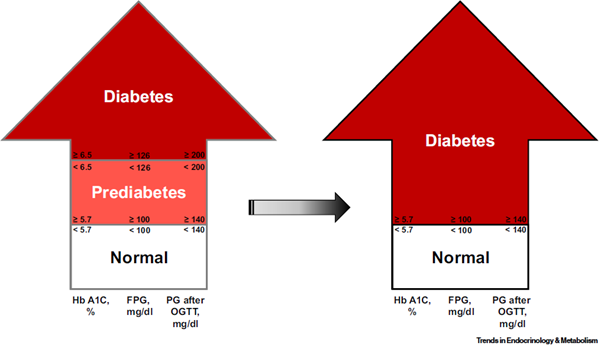 Hyperglycemia alone does not define diabetes. Diabetes is a complex series of metabolic derangements. It includes hyperinsulinemia and autoimmune inflammatory mechanisms. Cardiovascular inflammation is attacking the plaque in your arteries.

The author proposes including abnormal glucose and glucose tolerance with the disease of diabetes, therefore permanently removing the concept of prediabetes.

There’s an artificial distinction between prediabetes and diabetes. Pathophysiology-Patho means damage, bad stuff. Physiology is how that works. The point is how prediabetes creates disease and tissue destruction in the same way that diabetes creates the destruction of tissue. It’s the same disease. The difference between the two is artificial. The pathophysiology is insulin

resistance. The receptors lose their ability to respond to insulin.

The pathophysiology is the same; insulin resistance, impaired incretin action, and insulin hyper- secretion. They are the result of insulin receptors not responding to the insulin. They tell the pancreas to produce more insulin-hyper, too.

Other phenomena include increased lipolysis- ectopic lipid storage, storing fats so you can’t burn them. You have too much insulin. It’s the number one function of insulin. But insulin has a couple of other functions, too: It’s part of making memories. And the details on that are still a mystery. Several connections to Alzheimer’s Most people don’t know that insulin stops the body from burning fat. That’s why you start getting lipid or fat storage in other places.

Epidemiological studies in the 1990s informed diagnostic thresholds. Back then, they thought people had prediabetes, and we saw no damage. There’s new epidemiology that is clear.

Nephropathy- kidney damage occurs at substantive rates in patients classified as pre-diabetic. In this article, they say between 11- 25%. Other articles would indicate one to two-thirds of patients.

Why are we just discovering this? We have ways of seeing more subtle damage in these areas that we couldn’t see 30 years ago. Hyperglycemia, too high blood glucose, has been associated with accelerated cognitive decline. Even Alzheimer’s begins with prediabetes.

There’s a great book by a fellow named Gary Taubes. It’s “Why We Get Fat and What to Do About It. ” It was a New York Times best seller. It was so popular that he wrote another book about the same topic. It was about twice as long and called “Good Calories, Bad Calories.”

The most significant rule about diets is that I don’t care so much whether it’s keto, paleo, plant- based, vegan, or carnivore. My issue starts with understanding the situation. If you cannot

metabolize carbs, if they damage you when you eat them, then don’t eat them.
If you have prediabetes, limit your carbs, no matter which of those diets you use.

In reality, it’s not that we get fat because we eat more; we eat more because we’re getting fat. In other words, we eat more. After all, we’re hungry because we can’t burn the energy in our fat.
Well, this is all very interesting, but what can we do about it? The treatment of prediabetes should include diet, lifestyle modifications, and even anti-diabetic agents.

I’ve offered metformin for years. It helps. There’s a clinical trial published in the New England Journal within the last ten years. It was based on a head-to-head trial. They used metformin in one group with just a very mild lifestyle intervention. They were getting people to walk a little more, teaching them about their diet and lifestyle. Folks lost an average of about five pounds.

There wasn’t much intervention, but it was three times more powerful than metformin alone in preventing type 2 diabetes. I offered metformin and recommended it as soon as you get a diagnosis of prediabetes. We have a routine program done in webinar format.

We offer testing and diagnosis for prediabetes. We had one earlier this week. One of the patients had been asking her doctor about this testing because she was worried. Her number came back with blood sugar at one hour 270. There are a lot of us with prediabetes. But that person had full-blown diabetes and didn’t know.

Long before people get full diabetes, we’re getting to points where some folks are saying; you know what, I’d like to consider the SGLT-2s or even the GLP-1s before we have full-blown diabetes.

The research regarding complications is limited. And there’s also not enough research to demonstrate the improvements we expect when we become aggressive about treating prediabetes.

The authors of the study state they’re not advocating pharmacological intervention upon diagnosis. Lifestyle is important. You cannot out-prescribe a lifestyle problem, but prescriptions sometimes help.